Skip to content
Home/State/More Light Rail Loopholes from the GA !
Previous Next 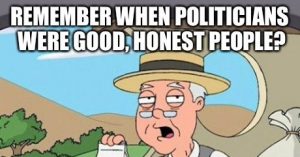 Didn’t we vote NO to this on November 8?

On January 20, 2017, Delegate Ron Villanueva sent the below press release. Is it ironic it was done on the same day as the Presidential inauguration, perhaps not?

This is no surprise to just how Richmond works. They’ll let you know when you aren’t watching and dress that pig up to look as pretty as a spring day.

Guess what? It’s still a pig!

These bills would allow us NOT to pay back the 20 million. Dele. Villanueva’s bill says that if we build a walkway or bike path it cannot preclude a high capacity transit project meaning we cannot pave over the right of way for a bike path. Senator Wagnor’s bill says we can’t preclude a Mass Transit facility.

Both bills give us more time to start a project, Villanueva’s till 2032 and Wagnor’s till 2027, both bills ensure we will have to spend massive amounts of money for whatever we choose to do and the use of eminent domain adjacent to that corridor to do it and both bill’s keep the door open for Light Rail.

While both bills give us the right to build other than Light Rail projects Villanueva’s agrees with the Secretary of Transportation Aubrey Layne that a bike path won’t qualify and ensure if one is built it won’t interfere with a high capacity transit project of our choice. Wagner’s bill allow’s a multimodal project that can be a bike or walk path or both the problem we have is the “Mass Transit Facility”.

Didn’t we vote NO to this on November 8?

Why thank our current Governor, Terry McAuliffe, Virginia Beach Mayor Will Sessoms, and Transportation Secretary Aubrey Layne for
bipartisan work. HUH?? They are blatantly undermining the outcome of our vote.

Here’s that pig again. If it’s not the will of the people then why are they doing it in the first place?

Further, it states our city council will need to take a vote on this. How do you think that will go? Business as usual? We failed to flip our city council and the same people can keep making those same decisions.

It’s time we flexed our muscles again. Tell Delegate Villanueva and Senator Wagner not no but HELL NO! Stop wasting our money and stop working against us.

Call their offices immediately and let them know we don’t want any more pigs, no matter how pretty they appear.

RICHMOND, Virginia –  Delegate Ron Villanueva and Senator Frank Wagner have negotiated with Transportation Secretary Aubrey Layne a financial remedy for the City of Virginia for the Norfolk Southern Right-of-Way.  Should the Virginia Beach City Council accept the terms of a new prescriptive easement designating that the corridor will be used for future high capacity transportation.

In 2010, the Commonwealth and the City of Virginia Beach entered into an agreement setting forth terms of a $20 million Transportation Opportunity Fund Grant.  With the purchase of the Norfolk Southern ROW, the corridor was to be used intermodal transportation solutions.  Last year, the voters through referendum rejected the extension of Light Rail from Norfolk to Virginia Beach Town Center.  With this outcome, Virginia Beach would be required to pay back the TPOF Grant.  For the 2017 Virginia General Assembly Session, House Transportation Chairman Ron Villanueva and Senator Frank Wagner introduced bills addressing this issue.

“The solution for future high capacity transportation solutions protects this vital transportation corridor.  With new technology and innovation, our citizens will have better options of using more feasible and cost effective alternatives than the ones that exist today,” said Chairman Ron Villanueva.

“We are pleased that this property is still available to the City of Virginia Beach for any number of potential transportation projects without any further costs to the citizens,” said Senator Frank Wagner.

“This is a win-win for both the City of Virginia Beach and the Commonwealth, because we preserve the corridor and support their future transportation needs.  I appreciate Governor Terry McAuliffe, Mayor Will Sessoms, and members of the General Assembly working in partnership,” said Transportation Secretary Aubrey Layne.

Virginia Beach City Council will have to meet and discuss the prescriptive easement at their next City Council meeting and provide clear direction as to whether or not they want this solution.  Both Delegate Ron Villanueva and Senator Frank Wagner (HB 2021 and SB1396) have introduced legislative bills addressing this issue.