PROLOGUE: The Virginia Beach City Manager, Dave Hansen, is now focusing his attention on becoming a social engineer, with socialist intentions. The major problem with this bureaucratic nonsense is, as, with all welfare programs, it works well until you run out of others people’s money. Whoops, silly me, that won’t happen as long as there are six votes on City Council to raise taxes and fees on the backs of the producers, i.e., taxpayers. 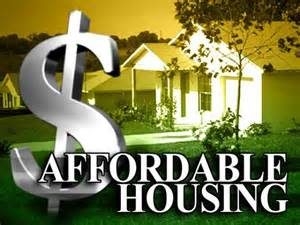 Can’t afford to buy a house? Try saving. Or working two jobs. But don’t ask the City of Virginia Beach to take it out of my hide.

There is a movement afoot in Tidewater to have local government force developers into building residential housing for those in lower income brackets. In Virginia Beach, there is even talk of freezing assessments of those living in affordable housing. All of these absurd notions point to socialism and subsidized housing.

What does this mean to the current homeowners who pay the bulk of the bills to Virginia Beach? It means that the proponents of this movement, well meaning as they try to be, have lost sight of the fact that what they want is for the city to transfer wealth at the point of a gun from your pocket to someone else’s wallet who cannot afford a home.

Would someone from Virginia Beach City Manager’s office who has read the U.S. Constitution please point out to me where it states that anyone is entitled to a house?

The provisions of the Constitution state that all people have a right to earn a living to purchase a home, but at the same time the Constitution protects workers from the government taking the sweat of their brow and wringing on the head of another, who may for some reason or another, not have had the same level of schooling, work ethics, or desire to achieve a quality of life.

The great thing about the Constitution is that it provides all people the same rights — and allows people to make stupid mistakes. Making individual mistakes should not require others to bear the burden of those making the errors. If you smoke and develop lung cancer, who is to blame? If you drink and drive and kill someone, who is to blame? If you take a trip to Reno and lose your retirement nest egg on those fuzzy green tables, who is to blame? If you failed to prepare yourself for the difficulties that life can throw in your path, who’s to blame?

That you failed to get an education paid for by productive taxpayers, that was your decision. If you decided to purchase a top-of-the-line automobile with high-interest rates and monthly payments, who is to blame?

Instant gratification is the culprit that prevents many from planning their financial future wisely. The first thing they accumulated after getting into the workforce was debt. And more debt. And the higher the debt, the higher the interest rate. Ask any credit card company.

So many of this generation (the millennials) and the last two, left home and entered the workforce wanting the same level of income and living standards as their parents, but failed to realize that their parent’s wealth was accumulated over several decades.

As consumers outstrip their income with an additional financial burden, an important key to the home buying dilemma surfaces: people discover an empty savings account. Who is to blame? Sorry chump, but your mistakes aren’t my responsibility to correct. I would suggest that you seek a financial planner and start over, this time using discipline as a governor to your spending habits.

Here’s what else gets lost in the subsidized housing mire: The ability of the recipient of selective welfare to afford to take care of the home once the closing is completed and the first payment comes due. Homeowners must be able to maintain the home and all associated expenses. The monthly principle and interest payments are just the start. Let’s not forget escrow accounts that cover hazard insurance —  property taxes that have risen nearly three times the rate of personal income, so unless the homeowner’s work performance is at the top of the scale, they’ll be going in the hole the first year in that home.

Did I fail to mention the monthly expenses to live in that home? An outrageous stormwater fee (rain tax), electric, water, sewage and phone bills due each and every month. Miss the utility payment and it gets shut off. Then it’s off to social services for more subsidies courtesy of the taxpayer. Oh, don’t forget the maintenance of the exterior to prevent it from becoming blighted, and that lawn mower needed to so the city won’t cite you for failing to live up to community standards.

In all of the recent articles written on the housing stock and its affordability, public workers are always mentioned as the most affected. School teachers, fire, and police seem to be the ones we should bail out first, even though their beginning incomes are far above the average worker in the private sector. Why aren’t the shipyard pipe-fitters, secretaries, small business owners, retail workers, bakery truck drivers, cab drivers, house painters and shoe repairmen ever mentioned first in the lineup of society sufferers?

A Virginia Beach teacher working a 10-month contract average earns $49,824; a police officer makes $49,119. In Virginia Beach, the average weekly wage is $765, or $39,780 annually. An annual income of $50,000 can cover payments on a $150,000 house. Unfortunately, 19 of the area’s 20 largest occupations pay less than $50,000. NOTE: Please don’t confuse per capita income with median income. Per capita is all income, divided by all residents. Median income is the range in the middle of the pack, with half being higher and half being lower.

So, a married couple bringing in $50K can afford a $150,000 home, but the single average wage earner cannot. Interesting to note that the median price of a home in Virginia Beach now stands at $256,100.

So who’s to blame? No one. It’s just part of life and this wonderful system we call a Republic and the freedom it provides for each to achieve according to their desire and ability.

Capitalism and free enterprise is the engine that provides our quality of life, but it needs fuel in the form of workers. Sometimes those workers must work two jobs in order to survive. Again, it’s part of life. No one has ever said that government’s role was to provide anyone success, just the freedom to achieve it. No one ever said that the private business sector should provide us with anything, other than the best possible product, at the best possible price, and have it available when we want it. Have government tinker with this greatest system in the history of mankind, and it will lead to the ruin of this nation. It will lead to price controls and socialism.

What can we expect next from proponents of affordable housing who are wringing their hands and blaming the housing market for the misfortune of others? What about specially-priced affordable cars that take them to affordable grocery stores where they will pay lower prices than the rest of us? What about a special consideration for clothing in the local Nordstrom’s department store, or food in restaurants, haircuts, movies and health care?

Should the affordable housing recipients be issued a special discount card that upon flashing, will entitle the bearer to a discount on gasoline for their discounted cars that will take them to the local audio-video store for a discounted television or stereo system? I wonder if the vice mayor of Virginia Beach will offer high-quality bronze caskets at affordable prices or full-range TV cable service at an affordable price. The fact that developers and builders expect a certain level of profit margin as a return on their investment are part of the capitalism and free enterprise system that needs no tinkering. Unfortunately, in Virginia Beach, our City Council has tinkered with the system so much so, that while we have an enterprise system, it’s no longer free (the taxpayers are providing corporate welfare to the likes of Bruce Thompson and Armada Hoffler), and it certainly isn’t fair.

If the fair housing advocates think their solution is better, they need but to look in the direction the former Soviet Union or the Great Wall of China. Wage and price controls by government bureaucrats who never have produced a profit or created wealth can only lead to Marxism, a tried and true failure. For those who still don’t get the message, the Constitution still provides you the freedom to open your checkbook every month and stroke a check to your church, temple or synagogue to cover the shortfall for the unaffordable housing market.

EPILOGUE: If you know someone personally who cannot afford a home, give them your check directly, but keep your hands and the hands of government out of my pocket and away from my checkbook. As Davy Crockett said, “It’s not yours to give.”

About the Author: Robert Dean