Skip to content
Home/Localities/Virginia is for Jellyfish
Previous Next

Virginia is for Jellyfish 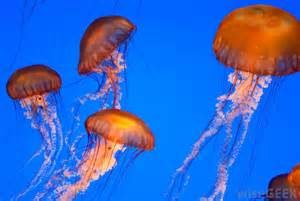 There is another animal that lives off others, Virginia Beach City Councilman.

The jellyfish is a gelatinous marine animal comprised of a large jelly-like bell and dangling tentacles. Having swam the oceans for 500 million years, it is the oldest multi-organed animal on earth. Some jellyfish are autonomous while most are actually comprised of large colonies of plankton. Scientifically known as ‘Cnidaria Medusazoa’, the term medusa was coined by Linnaeus in 1752, alluding to the tentacled head of Medusa in Greek mythology. While many Jellies are harmless, most have stinging cells called nematocysts that are used to incapacitate and capture small fish. Having no bones or muscles, the Jellyfish is unable to move on its own accord and lies at the mercy of currents and tidal activity.

Jellyfish is actually a misnomer, as it isn’t a true fish. True fish possess backbones. Having survived since the dawn of life on earth, the Jellyfish is content to just ride the currents and feast on whatever the prevailing currents bring him. Being spineless doesn’t stop the Jellies from thriving, sometimes multiplying to the precipice of infesting entire oceans.

There is another animal that lives off others, the Virginia Beach City Councilman.

Having no spine or backbone to control independent locomotion, the Virginia Beach City Councilman – scientific name ‘TowneBankia Crony-o-yea’, floats aimlessly along the financial currents of moneyed interests. The tidal pull of prospective tourism income can introduce many Councilmen to one area in which entire populations of smaller fish are ensnared in their regulatory tentacles and eaten.

However, as with Jellyfish, sometimes the smaller fish are not devoured by the Councilman themselves. More often than not a little fish, some having been in the local pond for a long time, get stung by a Jelly and escape it’s grasp, only to be eaten by a lurking bigger fish. These bigger fish for such reasons swim near the jellyfish blooms, often living in a somewhat symbiotic relationship. They know they can get a quick and easy meal from if a lesser organism is slowed by the Jelly’s sting.

The bloom is typified by many jellyfish propagating in one area, as those of us who live near the beach have probably bared witness. We saw such a bloom yesterday in the vicinity of 2100 Courthouse Drive, in which swarms of councilmen, ignorant to the concerns of other aquatic life, unfurled their tentacles and stung the native species. An accompaniment of larger barracudas and sand sharks feasted on the fallen in such a furious fashion that their thrashing tails were able to realign the sandbar itself, changing the actual water channel that had flowed there for the past 60 years.

As previously mentioned, not all Jellyfish sting or pose a threat to other wildlife. Some councilmen and women live harmoniously with the world around them, not chasing financial gain or elevated social status. Not punishing small business or life-long residents for the gain of some scurrilous developer. The jellyfish population needs to be controlled and directed far out to sea where native species aren’t threatened with invasive action.