Skip to content
Home/Localities/Drain Not Trains, Funding The Status Quo
Previous Next 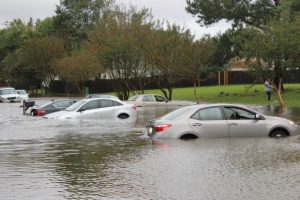 We did hear “drains not trains”.

Had light rail passed, “these so-called city needs” that Jessica and I are criticizing for not funding would have had no source of financially supporting.

Did you hear the same council members that criticized Jessica and my proposal that supported light rail making the claim that light rail would crowd out other critical needs? No, you did not.

We did hear “drains not trains”.

Truth is that flooding was more important than light rail and is a higher priority than what is being recommended by the City Manager and embraced by a majority of city council.

Once again, the public will pay higher taxes and fees now and in the future, as current revenues are diverted to pay for lower priority items, and thus leaving us with a bill for the necessities.

I gladly accept the criticism for being an advocate for advancing a proposal to fund solutions to drainage issues over lower priority issues.

I gladly accept the criticism for developing an alternative that does not raise taxes and fees over current rates.

When did it become irresponsible for elected leaders to make tough choices and live within current revenues? I believe it never did, but we as voters have not insisted our elected leaders do what households do – live within their means and make the tough but necessary choices.

My peers owe me no explanation for their votes and I take no personal offense from their criticism. I understand that Jessica and my proposal threatens the status quo by truly putting residents first.

My peers, like me, are accountable only to you the public and not to each other. I am comfortable with my position and I suspect they are likewise comfortable. In the end, collectively the voters provide their judgment.

I expected no less.

Just look at the status quo governance that promoted light rail against all the facts. If not for the advisory referendum and its demonstrative No, the cabal of special interests and their council member champions would have imposed their will against the common sense view of the overall public.

If we are not going to eliminate light rail taxes and fees they should go exclusively to funding flooding/drainage projects, not new projects and expenses. The latter is a classic take on bait and switch.

About the Author: John Moss