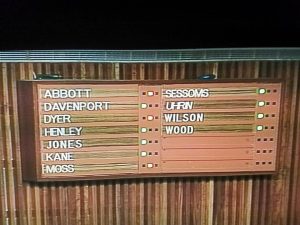 They are more concerned with the Oceanfront than the home front, and that my friends, is the problem.

You’ve heard of ‘fat shaming’ and ‘body shaming’ right? Perhaps you’ve heard of ‘slut-shaming.’ Shame in itself is becoming outlawed in our ever more PC consequence averse society. Do what you like! Hell, I just downed a Wendys Dave’s Double with extra fries – and if I wasn’t fat as a walrus with the lingering aroma of onion and fry grease I’d be slutting it up as well!

Now in Virginia Beach City Council chambers, there is a new crusade against shame: Corruption Shaming! You see it is only natural for us as humans to accept money when it helps us and turn a blind eye when the source of said money hurts other members of society. Why deny someone their safe space for just doing what comes naturally?

Councilwoman Shannon Kane, who apparently right now is jotting furiously about us mean-spirited citizens in her Hello-kitty diary, took offense to the shaming at Tuesday night’s council meeting.. in which 8 Council members basically told flood-prone property owners to go fornicate themselves without the use of petroleum byproducts. 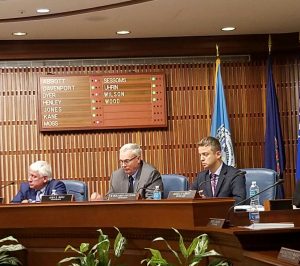 Other councilmen, such as John Uhrin, who was playing Candy Crush on his cell phone hidden under his agenda minutes while pretending to listen to people’s complaints, agreed with the shaming problem. Ben Davenport did his best deer in the headlights impression while Hensley and Jones reaffirmed their commitment to ensuring the public they were doing everything they possibly could pretend to do.

Mayor Will Sessoms, while feigning capricious smiles between manual combovers of his thinning silver locks, also took offense to the council phobic shaming. Interjecting to utterances of ‘shame’ he declared “Now I have listened patiently to you, now we would insist on the same respect while we speak…We need to move ahead with a budget to ensure the faith of the Investor class” said Sessoms. Sessoms then went on with some claim about Windsor Woods being the victim of Global Warming, because drains obviously aren’t the issue in a landlocked neighborhood with 1950s era outdated stormwater management.

Truth be told, the council intended to vote on this the way they did weeks before our pleas for help. Virginia Beach is flooding and citizens are suffering from higher taxes and lower incomes. Economic opportunity isn’t what it could be here because the council is concerned with creating minimum wage jobs on the beach. I listened to heart-wrenching pleas from citizens who were disabled and lost their homes or couldn’t visit loved ones in the hospital due to flood mitigation negligence.. and our council was stiff upper lipped and unmoved. They are worried more about sports arenas and sand erosion than homes washing away.

They are more concerned with the Oceanfront than the home front, and that my friends, is the problem.