Skip to content
Home/State/Hating on Southern Traditions – Where Does It End?
Previous Next

Hating on Southern Traditions – Where Does It End? 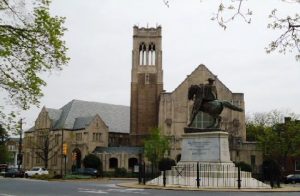 Will we lose forever what it means to be a

Virginian – by birth or destiny?

If you defend heritage and history, you must be a racist.  If you truly believe that, then if I were you, I would start up a demolition business because there’s going to be plenty of shovel-ready work for you pounding every historical marker in Virginia into sand.   Most of our historical statues and monuments are incorporated into beautiful public parks, public buildings, and even the Courthouse square like in Loudoun, Bath, Staunton, and many other countries — including Hanover County.

Today there is a callous term applied to anybody who defends local heritage and history.  Statues, monuments, even street names are being subjected to a special kind of PC re-branding or they must be erased from memory.  While the epicenter of debate over removing historical monuments is currently in Charlottesville, don’t let anybody tell you that this will be the end of revisionist history at every level.

Some of us, like me, are a dying breed because we were born in Virginia.  When you grow up in Virginia, surrounded by historic homes, landmarks, battlefields, and churches, there is a deep, abiding connection to history.  I never get tired of seeing the re-enactment of the Parsons Cause at historic Hanover Courthouse or visiting the Tavern across the street because I can actually walk in the footsteps of Patrick Henry.  Few places in the world offer this experience and that’s what I love about Virginia.

For those of you who have chosen to live in Virginia for whatever reason, fondly called a “come here,” you are now a part of our great history.  I have discovered that many of you are huge history fans like my husband (who had ancestors on both sides of the Civil War) and has helped hundreds of people join historical and heritage societies by researching their genealogy. Whether you can trace your heritage many generations to Jamestown or just one generation back, we are all Virginians now.

Where am I going with this introduction?  Well, I have to ask myself why there is such a growing interest in genealogy and historical tourism, yet there are those vocal few who are trying to destroy history at every turn.  Destruction of monuments has occasionally reared its head in years past, but cooler heads used to prevail.  Today, it’s a toss-up as to whether there are people willing to take a stand against the PC police on anything.

Will we lose forever what it means to be a Virginian – by birth or destiny?

As a young adult working in Richmond, I witnessed firsthand the indomitable spirit of Jeanne Marie Taylor (not a relative by the way).  Who could forget how Mrs. Taylor stood in front of construction equipment defying the City of Richmond to pave over the original Belgian cobblestones on Monument Avenue?  While commuters complained about the noise and bumpy ride over this section of a historic Richmond Street, Mrs. Taylor and “residents of Richmond chose history …” You can read more HERE. 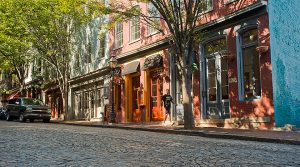 Commuting down Monument Avenue was an adventure in many ways, especially navigating the traffic circles around the Confederate monuments.  When you got to the cobblestone section, be prepared to slow down and enjoy the bumpy ride.  Now we install rumble strips to do the same thing in residential neighborhoods, but I still prefer the cobblestones, the traffic circles, and the statues.

The City of Richmond has one of the most photographed streets in the country.  When we have out-of-town visitors, Monument Avenue is the first place we go – architecture, naturally tree-lined street, and most of all, the Statues.  That’s what tourists want to see and let’s not forget that historical tourism puts lots of money in our Virginia economy. 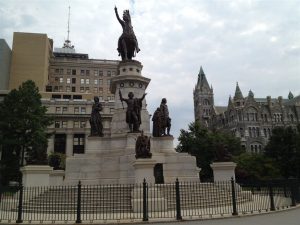 So, while the Monument Avenue cobblestones were saved back in the 1970s, what happens when the historical statues come under attack?  Is there another Jeanne Marie Taylor out there to stand in front of the bulldozers this time?  Or a Susan Hathaway with Virginia Flaggers who is currently fighting the removal of the Lee statue in Charlottesville.  Never underestimate the far-reaching effects of removing history from the public square.  It has to start somewhere and it will expand.

Just this past November 2016, even the Matthew Fontaine Maury statue on Monument Avenue was defaced, with spray-painted words “Your vote was a hate crime.”  This is crazy.  Maury was indeed a Confederate naval officer but never fought a battle and never elected to anything.  He was a scientist who spent his life charting the ocean, winds, and currents – concepts still used in modern oceanography and navigation.  Will Maury Hall have to be renamed and Maury’s portrait removed from the U.S. Naval Academy?   Maury’s work is also recognized worldwide in such places as Hamburg, Germany.  How far will PC practices ultimately reach?

The answer is nobody really knows, but once a precedent is set, the brakes are off the train. Next time there may not be a Jeanne Marie Taylor, Susan Hathaway or anybody out there to stop the PC madness?  Charlottesville today.  Richmond, Williamsburg, Alexandria – maybe even your small town – tomorrow.

About the Author: Dale Taylor

Unashamed patriot, citizen advocate and long-time grassroots activist in Hanover County, Dale continues to work for conservative candidates and issues that promote ideals of fewer taxes, fewer regulations, fiscal responsibility at all levels of government, and protecting the second amendment. Born, raised, and educated in Hanover County, Dale worked briefly in Washington and Richmond but returned with her husband Art to live on the family property in western Hanover and raise their two children in Beaverdam, where they continue to reside. Dale is a founding member of Patrick Henry Tea Party and a member and officer of the Hanover Republican Party.