Skip to content
Home/State/How Conservatives Should Confront Racists: One Trouncing at a Time
Previous Next

How Conservatives Should Confront Racists: One Trouncing at a Time 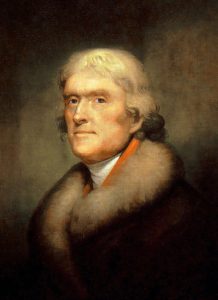 Yet to call out one enemy and willfully ignore the other,

Just 5 days ago I chimed into a post by several Middle Resolution members and establishment types; I had expressed that conservatives should snub racists and not give them the satisfaction of a platform. That was before a Dodge Charger plowed into a human being in the town of my political hero, Thomas Jefferson.

It bothers me we should even have to waste keystrokes disavowing Nazis and white nationalists. It’s like having someone constantly asking if I want cat turds with my oatmeal, or if I want to hear that Justin Beiber song on their playlist.

Yet to call out one enemy and willfully ignore the other, as did the New York Slimes and the Washington Compost, you may as well be one of those presidents who think disposing of a dictator in favor of the Muslim Brotherhood is a swell idea!

Anywho, I recommend a new way to drive these bastards out; and let’s not parse words, some are posing as conservatives but are really socialist infiltrators. For those with an affinity for punk rock, you may be aware of their similar predicament  – and they have handled it masterfully.

Anyone familiar with the punk scene in the 80s and 90s knows bands hand to contend with racist skinheads attaching themselves to the scene. They used to exploit country music to convey their message of hate (see Johnny Rebel, David Alan Coe until the powers that be kicked them out). They then found punk could reach a larger audience of younger inner city disaffected youth and could mask some of their offensive racial gibberish in the fast paced verbal growling. Ironically, punk musicians are overwhelmingly anti-racist and embody an egalitarian do-it yourself spirit.

The Democrats used to have a problem with racists until the powers that be decided to go full statism. Anyone in the Conservative scene knows there is a problem with racists attaching themselves to our scene. They found the Republican Party could reach a larger audience of disaffected voters mad at the government. Ironically, conservatives are an overwhelmingly anti-racist and embody an egalitarian do-it yourself spirit. Perhaps it’s time to get in their faces before and not after things happen.