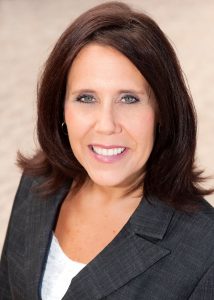 I sponsored the following Resolution to make all Regulatory Reform Permanent which passed unanimously at last week’s RNC meeting in Nashville. Its content is extremely impactful since it proposes a meaningful way to drain the swamp.It strips legislative authority from the Administrative State by adopting the Regulation Freedom Amendment.

I also sponsored another resolution entitled Resolution in Support of our President, Platform, and Promises. It holds elected Republicans accountable for doing what they said they would, including repealing Obamacare. More to come on that later.

WHEREAS, President Trump’s willingness to utilize the Congressional Review Act (CRA) has set a historic record for rolling back and repealing abusive regulations, thereby shrinking government and federal regulatory control, and

WHEREAS, American families have already begun to see, and will continue to see, the benefits from the economic growth created by these regulatory reform efforts, and

WHEREAS, shrinking Administrative Control by giving legislative authority back to Congress aligns with Art. I of the Constitution, and

WHEREAS, President Trump, along with every voting Republican in the U.S. House of Representatives (House) and many Republicans in the U.S. Senate (Senate), have endorsed the REINS Act which would require regulations with an annual impact of $100 million or more to come before Congress for approval, and

WHEREAS, many regulations impact not only economic growth, but also religious freedom and 2nd Amendment rights, and are thereby not flagged by the REINS Act, and

WHEREAS, curbing the power of unelected federal bureaucrats in the administrative state who impose burdensome regulations on the American people should not only be for the short term, but should be permanent, and

WHEREAS, the Regulation Freedom Amendment (RFA) is included in the 2016 Republican Platform, has been unanimously endorsed by the RNC, and has been endorsed by Resolutions passed in 26 state legislative chambers in 16 states, now

THEREFORE BE IT RESOLVED, that the RNC congratulates President Trump and the Republican majorities in Congress on outstanding efforts at regulatory reform using the CRA, and

RESOLVED, that the RNC urges Congress to propose the Regulation Freedom Amendment (RFA) to the U.S. Constitution, which will permanently require new major federal regulations to be approved by Congress prior to taking effect, and

RESOLVED, that all regulation roll backs currently being made under the Trump Administration have the greatest likelihood of being permanent by adding the following RFA language to the US Constitution: “Whenever one-quarter of the Members of the U.S. House or the U.S. Senate transmit to the President their written declaration of opposition to a proposed federal regulation, it shall require a majority vote of the House and Senate to adopt that regulation.”

About the Author: Cynthia Dunbar

Cynthia Dunbar is an American patriot of Native-American descent. She currently is an author, public speaker, and National Committeewoman to the RNC for VA. She is a former elected member of the Texas State Board of Education, Assistant Professor of Law and Advisor to the Provost of Liberty University. Cynthia Dunbar is a public servant working tirelessly at the local, state and national level. She is a contributing Professor for Constituting America, serves on the Boards of Directors of Faith 2 Action, Source for Women, Oil & Wine, Youth Can Lead, Amigos de Dios, and Merryfield Orphanage. Her policy and academic writings have been published by various mediums including William & Mary’s Journal of Women and the Law, Washington University’s John C. Danforth Center on Religion & Politics, Constituting America, Newsmax, and the Liberty Legal Journal. Her passion for our Constitutional Republic has garnered her both National and International attention from the New York Times, Wall Street Journal, PBS, Dateline, Norwegian International Radio, BBC Radio and the London Guardian, among others. She has been featured in the New York Times Magazine, on Hardball with Chris Matthews, frequently seen on Fox News and is a regular contributor addressing educational policy issues on Fox and Friends.