Tim Takes On The Town 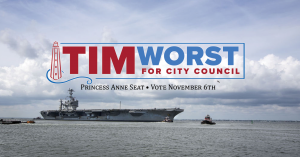 A local Virginia Beach businessman has declared for the largest council district in the city and will take on the longest-tenured member of the body. Tim Worst, a tactical gear supplier to local law enforcement, is gearing up for a run in a once rural district that has seen over 2,000 acres of farmland lost to development under the incumbent’s watch.

A lifelong local with kids at Kellam High and the University of South Carolina, Tim became an activist only recently after witnessing his city dump millions in taxpayer money into projects that don’t benefit the average resident.

“I’m still waiting for all that taxpayer money the city collected for Light Rail, I mean, light rail was rejected so shouldn’t taxpayers get that back?” he asked.  Tim has addressed council personally and has even been assailed by Mayor Sessoms himself in a now gone viral exchange. 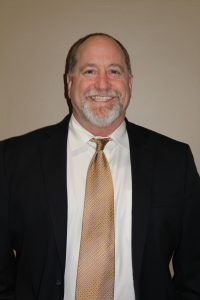 “I’d like to see our part of the city like it was 10 years ago like they promised” quipped Worst. “They spent $10 million in taxes on the City View Two project and tell us we have a 15-year plan on flooding. Those neighborhoods have been flooding for the past 30 years.”

Worst points out that disillusionment with the establishment incumbency, most of whom receive their campaign funding from oceanfront developers, is fueling him to run. Most residents are weary of the constant attempts to usurp taxpayer money from school and infrastructure projects into tourist eye candy like a new pier with a 100’ Ferris wheel or a sports arena with no sports franchise.

Tim Worst faces a tough challenge, but unless beach residents enjoy wasting money or watching their neighborhoods get overdeveloped, he is the current frontrunner to take on Henley in the Princess Anne district. Freedom Caucus endorses Tim as a conservative business mind who has the will and bravado to win over everyday voters who are just tired of being fleeced.