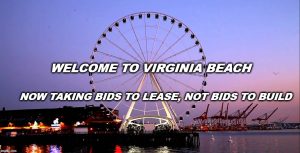 THE BID WAS TO AWARD A “LEASE OF CITY-OWNED PROPERTY”. Bam. That’s it. The City had ONE NASTY LITTLE PROBLEM with this Pier Deal though…it’s called PROCUREMENT LAW. “BUT FOR” compliance with state procurement law, you can bet the City would have ALREADY handed over the sandy beach to the Development Authority for Bruce Thompson and the “Families” for their exclusive, private developments.

CITY ATTORNEY MARK STILES told Council: “What I interpret you’re being asked to authorize is the solicitation of bids for a lease of the portion of the beach upon which the pier would be constructed. The Development Authority will be a bidder and other entities could bid, but you’ve got a process before you do a lease in excess of five years that you have to solicit in open bids. So this recommendation is to authorize the solicitation of bids… the first step is to comply with the requirements for the lease.” (scroll to 1:15:24 in the video).

Vice Mayor Louis Jones then made the decision to move forward with the bid solicitation for the land lease.

READ THE ORDINANCE AGAIN. READ THE ITSY, BITSY, TEENY, WEENY BID DOCUMENTS “SUMMARY OF TERMS”…The Bid is about the lease of City-owned property…ONLY.

The City DID NOT ANTICIPATE receiving more than ONE BID from the PRE-DETERMINED bid winner, the Virginia Beach Development Authority. OOOPS! They got two bids. NOW, WHAT DO WE DO? We OBFUSCATE, DISTRACT, CONFUSE AND ATTEMPT TO DISQUALIFY the 2nd bidder! We send a letter to the 2nd bidder asking all sorts of questions about a PIER. NONE of these questions have ANYTHING TO DO with this BID.

Two issues are at stake here: 1). Procurement law and 2). The Bid for a land lease ONLY. THE CITY MESSED UP. 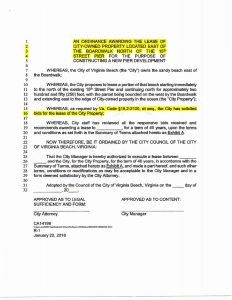 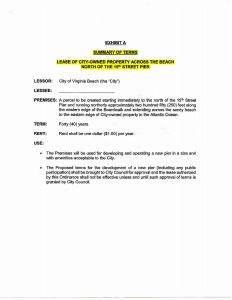 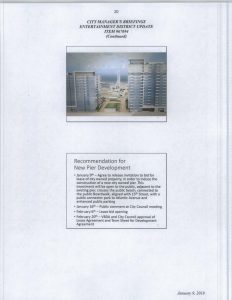