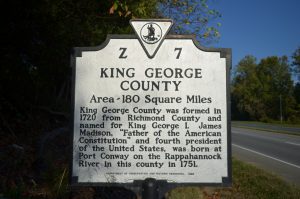 This isn’t going to be a “student-led event” but is, instead, an event where the students are but pawns within a much larger gun control movement.

A quick summary is in order.  Dr. Boyd sent out an e-mail announcing active faculty and staff support for what he characterized as a student-led assembly marking the 19th anniversary of the Columbine high school shooting.  In his words, this assembly is to show solidarity among students across the country to stand against school shootings.  Dr. Benson soon thereafter posted on the school’s website a letter supporting this decision.

I retired from the US Army and had the opportunity to attend several leadership courses.  A constant theme with regards to good order and discipline is the maxim, “What you allow will continue.”  This is the central theme for military leadership, civilian rule of law, and for a society’s culture. In this case, allowing students to dictate to the high school’s faculty and staff a time, date, and place that they can willfully and with impunity disrupt school learning activities is going to be just the beginning.

The reality is more different than what is stated in Dr. Benson’s letter.  This isn’t going to be a “student-led event” but is, instead, an event where the students are but pawns within a much larger gun control movement.  This isn’t going to be a mere “assembly” but is, instead, a political protest as openly characterized by the protest’s organizers and as evidenced by many recent similar protests.  The goal of this protest isn’t to “stand against school shootings” but is, instead, an effort to leverage a tragedy’s emotional reactions in order to overcome the rational logic for responsible gun ownership.  I know this first-hand because I witnessed their movement’s protest march in Colonial Williamsburg this past weekend.

As the Chairman of the King George TEA Party, my initial rebuttals were against the use of county citizen taxpayer funds for faculty and staff being directed to take active support roles for this purely political protest.  It is not appropriate.  I don’t believe that taxpayer dollars should fund any county government official taking any active part in this political event.  I believe that teachers and students should spend the entirety of their day on 20 April just like any other day – in class focused on learning.  And I also believe that any student identified and caught “skipping class” to protest ought to be punished for that infraction that day just as they would on any other day.

My current rebuttal is in light of world history and how this school-sanctioned protest would be a flagstone along a well-trodden path.  We, the adults in the room, need to ask ourselves if we want to “go there” down that path.  Students need to understand the true history of gun control and that this 20 April protest would be the initial stepping stone to repeat it.  Specifically, here are the top 3 major genocides in the world:

• In 1928, Germany established gun control.  As a result, from 1933 to 1945 approximately 13 million Jews and other dissidents were unable to defend themselves, were rounded up, and exterminated.

• In 1929, the Soviet Union established gun control.  As a result, from 1929 to 1953 approximately 20 million dissidents were unable to defend themselves, were rounded up, and exterminated.

• In 1935, China established gun control.  As a result, from 1949 to 1976 approximately 20 million political dissidents were unable to defend themselves, were rounded up, and exterminated.

If you, the King George County School Board still believe it appropriate to support the 20 April National School Walkout protest for students “… to express their solidarity against school violence,” then I would similarly expect you to offer a countering balance to that injection of political perspective.  It is only fair that you similarly hold an assembly in recognition of the “shot heard around the world” which began America’s journey for independence.  Yes, through deliberate gun violence American patriots first took a stand against tyranny in the early morning hours of 19 April 1775 in Lexington and Concord, Massachusetts.

It was on that date, a date more important to this country than July 4th 1776, in which British soldiers shot and killed eight militiamen and thus began the American Revolution.  Before the war was over many more Americans would be shot and killed and for the same reasons – in the pursuit of freedom.  Therefore, in the interest of “fairness,” I fully expect that King George County schools similarly commemorate that event on 19 April this year – the day before the National School Walkout protest.  I expect you to provide similar recognition for that major historical event where our county’s high school students are encouraged to gather for an assembly at the football stadium.  There they may solemnly reflect on how deliberate gun violence enabled Americans to throw off the chains of tyranny so that today we, the citizens of this great country, can freely enjoy life, liberty, and the pursuit of happiness.

Since tonight’s joint meeting between the Board of Supervisors and the School Board is to focus on the budget, I strongly encourage you both to consider placing a full-time, armed School Resource Officer in each of our county’s schools.  Last week’s school shooting at the Great Mills High School in Maryland was not stopped by a student-led protest or Maryland’s highly restrictive gun control laws.  The tragedy was mitigated by a good guy with a gun using his gun to stop a bad guy with a gun.  This is how guns save lives. Thus, I would support that kind of funding in order to keep our county’s school children safe.

About the Author: James Hull

Jim Hull is a Mechanical Engineer that works for the Department of Defense. He retired from the Army Reserves after serving for 24 years. He is the Chairman of the King George TEA Party, Treasurer of the local amateur radio club, and a member of the County’s Economic Development Authority. Jim and his wife, Elizabeth, enjoy sailing old boats.

We support limited govt, the Constitution & the rule of law, and policies that promote the liberty of all Americans. #Liberty

When are these guys going to put #AmericaFirst