Skip to content
Home/Localities/Has A Crime Been Committed?
Previous Next

Has A Crime Been Committed? 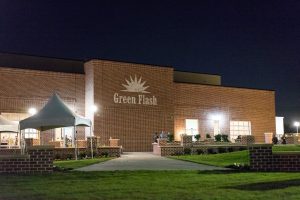 One more crystal clear reason why the CROOKED VBDA must be ABOLISHED. IT’S GONNA HAPPEN AGAIN WITH THE DOME SITE.

Virginia Beach Development Authority Commissioner Jerry Miller OWNS the land that the now defunct Green Flash brewery sits on. The VBDA sold PUBLIC land to developer Jerry Miller at a discount…9.1 acres for $1,358,000 in June 2015, (about $149,000 an acre). Jerry then built the structure for Green Flash and is the landlord for the tenant business. One year after all this, in June 2016, Jerry was appointed as a Commissioner on the Development Authority…AGAIN. At the VBDA July meeting a month later, Jerry Miller asked his cronies for, and RECEIVED a free $14,000 fountain for HIS stormwater lake at HIS new development…courtesy of taxpayers.

If your head is spinning, here it is in chronological order. Jerry Miller is a developer who owned Earl Industries and now owns The Miller Group. He was a Commissioner on the VBDA for two, four-year terms (8 years) leaving in 2011. Shortly after Jerry’s departure, the VBDA and media outlets began reporting on Green Flash Brewery expanding in Virginia Beach. The VBDA 2012 Annual Report shows “Green Flash Brewing Co., 7.76 acres purchased” in the Corporate Landing Business Park (but Green Flash did NOT purchase this land, Jerry Miller purchased the land in 2015). Jerry created a company called, GF OF VIRGINIA, LLC, which conducted the land transaction with his old cronies on the VBDA in June 2015. In fact, the DEED was signed by his two old buddies, VBDA Chairwoman Elizabeth Twohy and VBDA Secretary Shewling Moy. Both of these women have since departed.

Jerry was RE-APPOINTED to the VBDA in June 2016, while he was constructing HIS Green Flash building on HIS land. One month later, at the VBDA meeting of July 2016, Jerry proposed that his fellow members buy a fountain for HIS stormwater lake at Green Flash. Jerry dutifully abstained from voting, while his cronies unanimously voted to give him the fountain. This item was NOT on the Agenda and the dollar value was not captured in the VBDA Minutes.

The Governor (Bob McDonnell) GAVE the Greenflash project a $500,000 grant…which was used by the Development Authority to improve the land and build 1209 Craft Lane…the BENEFITS OF WHICH ACCRUED to JERRY MILLER…NOT GREEN FLASH. Has a crime been committed?

So here is another question. The VBDA awarded Green Flash a $275,000 EDIP grant based on a $20 million investment and the creation of 40 new jobs. BUT DID GREEN FLASH ACTUALLY INVEST $20 MILLION? Green Flash only owned the business name and the equipment in the building. Or, is the VBDA counting Jerry Miller’s investment as well? DID JERRY MILLER RECEIVE ANY PORTION OF THAT MONEY?

THE MILLER GROUP has also developed OTHER highly touted projects some of which have received EDIP grants from the VBDA: Sanjo, Prufrex and London Bridge Trading Co.
Will anyone investigate this?

One more crystal clear reason why the CROOKED VBDA must be ABOLISHED. IT’S GONNA HAPPEN AGAIN WITH THE DOME SITE. 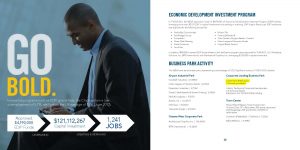 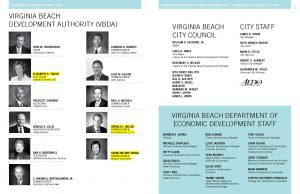 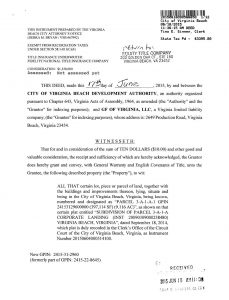 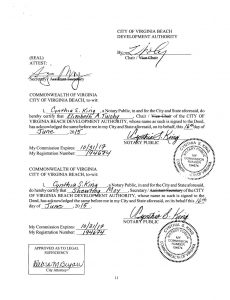 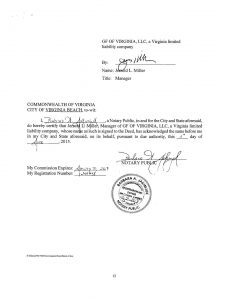