The TIF at Town Center threatens to LIVE ON IN PERPETUITY 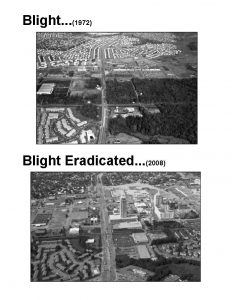 Despite all the hubris, the TIF at Town Center ain’t exactly a rip-roaring success. Time to pull the plug and let this overgrown, post-adolescent parasite survive on its own.

City Staff, led by former City Manager Jim Spore and Finance Director Patricia Phillips, promised that the debt service for the public parking garages, plaza, fountain and other infrastructure would be paid from the REAL ESTATE TAXES generated by all the private development (Armada Hoffler). But since 2011, that hasn’t happened. Debt payments have had to rely on hotel taxes, savings and other sources of cash to make ends meet. Not the kind of success “investors” like to see. The proposed budget for 2019 shows a continuation of this sub-par financial performance.

TIFs are temporary. According to state law, TIFs dissolve once they’ve achieved the stated goal. TIFs were designed to jump-start economic development in blighted areas. First, the City defines a specific area as a TIF by passing an Ordinance. Then it issues debt, the proceeds of which are used to install new roads, sewers and other public works into the blighted area. Private developers are attracted to the area and build shopping centers, office parks, apartments, etc. The real estate taxes from these new developments are funnelled into the TIF Fund and are used to pay off the City’s debt. Once the City’s debt has been satisfied, the TIF is dissolved. No more blight and lots of new tax revenue, now flowing into the General Fund. The TIF at Lynnhaven Mall was dissolved in 2012, why not the TIF at Town Center?

The TIF at Town Center threatens to LIVE ON IN PERPETUITY.

The City continues to issue yet MORE MILLIONS OF $ IN BONDED DEBT for yet MORE GARAGES and MORE UBER development, the likes of which are INORGANIC to our flat, sprawling suburban landscape. HASN’T THE SO-CALLED BLIGHT BEEN REMEDIED YET? The fact is, all that debt and tax revenue is targeted to benefit a very wealthy developer and the many sycophant law firms, engineering firms and banks that reside in Town Center.

TIFs, as implemented in Virginia Beach, is just one more example of the financial abuse that taxpayers have had to suffer under the leadership of a severely misguided City Council. Dissolve the Town Center TIF today! 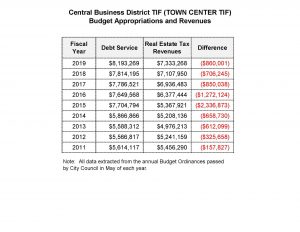 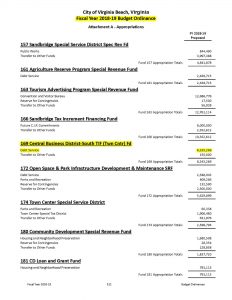 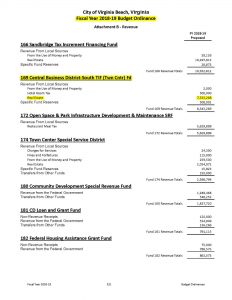