Skip to content
Home/National, State/The Rise And (Fall?) Of Scott Taylor
Previous Next

The Rise And (Fall?) Of Scott Taylor 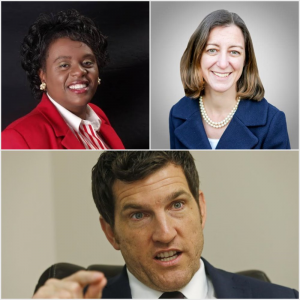 I fear we will not have a Representative actually doing their job for the people of the 2nd district. Whether that’s a Jail-dodging incumbent or freshman Pelosi puppet.

It was the spring of 2011. Two years into the Obama Presidency and despite technically being out of a recession for two years, his re-election was not guaranteed due to what many saw as ineffective leadership in passing foreign and domestic policy items in both the current and previous Congress. Then on the first of May, Osama Bin Laden was killed in a raid by Navy SEALS of the elite Team Six based in Little Creek.

Their involvement was revealed by well known White House Groper/Streaker/ Prop/ Vice President Joe Biden . Not only would this lead to an explosion in media interest on this very little talked about Spec Ops unit ,give a President Obama a major national security victory to ride the coattails on. His 2012 rally cry “GM is alive, Osama Bin Laden is dead”, no doubt helped his reelection. Even if we could argue that it was milking, if not outright stealing valor.

One of these SEALS to emerge both as a go-to expert on SEALS and also a critic of Obama milking the victory was a young SEAL veteran and aspiring politician named Scott Taylor. The networks, especially Fox News couldn’t get enough of the charismatic young SEAL whose Mid-Atlantic accent and looks resembling a more rugged Tom Cruise were built for the camera. Many like myself, saw a star being born before our eyes. A kid raised by a single mom, joined the Navy, fought in third world hellholes, and was now casual viewers like myself at this period, was what so many Republicans were told didn’t exist. A great white buffalo in a party that was being condemned as the party of old white men.

Despite running for Mayor of Virginia Beach in 2009 and a failed attempt at the 2nd congressional district nomination in 2010, his newfound exposure propelled what most others would consider deeming a perennial candidate, to relevancy that he had so craved. In 2013, he won a seat in the Virginia House of Delegates. He still appeared on Fox and other outlets to talk SEAL and other national security matters. However, this newfound prosperity was not without bigger problems than being an aspiring young man in the hard-nosed work of Virginia politics. Before becoming a Delegate and television contributor. He did security consulting, then Real Estate. The latter was not successful.

Foreclosures and rumors of poor property management were whispered. Now that he had achieved quasi-celebrity status, the whispers kept getting quite until they weren’t heard. Despite these problems, his rise would not be stopped. It would come about as an indirect result of Donald Trumps upsetting 17 career politicians in the Republican presidential primaries.

The first domino fell when three-term incumbent Scott Rigell announced he was not going to run. Rigell had been an outspoken Trump critic. He was also waning in popularity with the Conservative wing of his party. Taylor at the time was planning a potential run for Lieutenant Governor. He was even going to parties with recently defeated GOP presidential candidate Carly Fiorina. A former donor based in Texas, recalled her referring to him as “The President”. On the same day he announced this, it would only take hours for him to scrap his initial plans. He jumped in the 2nd district primary race against incumbent Randy Forbes. Forbes decided to run in the 2nd, due to his 4th district seat being redrawn. A seat he had held for nearly two decades. Forbes immediately became the favorite, despite the fact he still lived in the 4th. As with all Anti-Establishment elections, Forbes was defeated handily by Taylor campaigning as a conservative populist and portraying Forbes as a carpetbagger trying to preserve his political career.

Taylor went on to defeat the Democratic nominee Shaun Brown by an even bigger margin in November. Little did anyone know, how relevant she would become in 2018. As soon as he entered Congress, the Trump agenda he ran on soon went out the window. He introduced a housing bill forcing private owners to sell or rent to LGBT people, despite protests from property rights activists . He introduced a bill calling a complete repeal of the ban on marijuana, despite the unregulated health and safety concerns of the plant. He then went straight for President Trump.

In the aftermath of the Charlottesville riot, he declared that the President’s response was a “failure of leadership”. A month later he would perform his biggest act off the conservative reservation, he attended the Global Citizen rally. The rally was to raise money for the left-leaning group. The rally was a mixture of pop, punk, rock, rap, and hip-hop. Many of the acts took time to attack the Trump administration’s policies on immigration, climate change, and at times simply repeated foul lines about the President. In between the musical/foul-mouthed tirades, politicians spoke and delivered more Anti-Trump tirades.

When Taylor took the stage,he took a more moderate tone compared to the others that came before him. This however was not the tone of a Trump supporter or conservative. He delivered a brief statement calling for the foreign aid budget to stay in place. A budget seen as being under threat by the current administration. While all these events began to bubble, they boiled over with the DACA debate. He along with two dozen other members of the House, signed a letter endorsing an amnesty for DACA recipients.

This drew the ire stalwart conservative Laura Ingraham who gave him something short of the riot act. It was this appearance, where many in the conservative wing threw in their Terrible Taylor towel. The backlash led to some odd behavior. Unlike most Congressmen who tend to keep it professional. He went on full-blown tirades, often berating known Republican activists for even mild criticism. It was at times akin to watching the second half of “Scarface”, without the foul language and gratuitous shootouts. The at times paranoid and narcissistic tone, was nothing like the television Scott. Unfortunately not enough did.

Despite a hard-fought effort by former James City Supervisor Mary Jones, with the aid of money and name recognition, he rode to an early evening primary victory. While this didn’t ease tensions within the conservative wing, it did quiet them to a certain extent. Only occasionally ruffling the feathers with a refusal to endorse GOP nominee Corey Stewart. He is also facing Democratic nominee Elaine Luria. Seen by many as an inconsistent Democrat ,after admitting to voting for Taylor in 2016. Adding to the discontent, was the fact more left-wing Democrats had an option in and 2016 nominee and current independent candidate Shaun Brown.

Just two weeks ago though, it was discovered Taylor’s campaign staff had somehow gotten petitions signed for Shaun Brown. A move on the surface that appeared like a dirty, but not quite illegal trick. That was until people saw multiple signatures of dead and relocated voters. He and his campaign have denied any wrongdoing. Since then a chain reaction of events have occurred from firing consultants, lawsuits to invalidate the signatures, Taylor ally Ken Stolle appointing a special prosecutor, and despite quoting the great Teddy Roosevelt speech “The Arena” on his Facebook page, dropped out of a WHRO debate, only jump to agree to another one hours ago.

It makes you wonder with all the smears I recently debunked about Corey Stewart, if it’s really Taylor’s alleged offenses that could hurt Republican turnout in the 2nd district this November. In fairness to Taylor, Shaun Brown also has a court date for defrauding the federal government this October. The people in the 2nd now have three options to pick from. One awaiting a retrial, one that could go to trial, and a Democratic nominee who has yet to air an ad about what she believes in (most likely what shes told to). It’s like being able to choose smooth, chunky, or super chunky, but you have a peanut allergy. It’s not going to end pretty.

With all these accusations and trials, the 2nd is no longer a safe district this election. According to reliable sources in Virginia Beach GOP, Taylor’s plans to begin formulating a campaign for Virginia’s 2021 GOP Gubernatorial race have been scrapped, since the special prosecutor was appointed. The future for Scott Taylor will never be the same, guilty or not. It’s sad as a supporter, who once had high hopes for him . Even though I will vote for him over the Center-Left and Far-Left candidates. I fear we will not have a Representative actually doing their job for the people of the 2nd district. Whether that’s a Jail-dodging incumbent or freshman Pelosi puppet.