Skip to content
Home/National/God save the 2nd
Previous Next

God save the 2nd 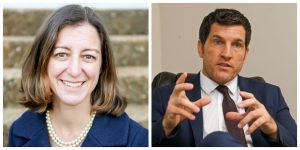 They even use the idea of impeachment into scaring Republican voters who have been calling since the scandal, for Taylor to step aside and let someone else take over.

Last June, my preferred candidate for the GOP’s congressional 2nd district primary, lost to incumbent Rep.Scott Taylor. A man that I initially supported in 2016 over Randy Forbes, but who upon taking office did nothing to advance the conservative agenda he initially ran on. It was a hard loss, especially as I had formed a friendly acquaintance with both Mary and her husband. I believed then and still believe now, that she was the best choice.

However, I respected the results though and resolved to myself that I was going to keep my mouth shut because the prospect of a Democrat winning was worse than a liberal Republican as Taylor losing. That was in June, but many things have changed since then. His campaign has been caught up in electoral fraud. He has even admitted, that he turned a blind eye to his former consultant’s behavior. He wants to gaslight us into believing there’s a conspiracy against him.

However, when you admit that you knew or suspected illegal activity, without alerting the authorities, that is when you become an accessory to the crime of violating the public trust, if not the crime of voter fraud. What is a conservative to do on Election Day?  The candidate on top of being an inconsistent Republican, he’s failed to show ethical and moral leadership.

The Democrat is a no better option either. Elaine Luria obviously has something to hide politically, because her ads give no real specifics on policy, but are more about her personality. Though to her credit, it’s helped her bridge the gap. Either way, I know that I cannot as a conservative support any Democrat in today’s party. A party that now considers anyone right of Bill Clinton, a white supremacist. This great dilemma for Conservatives to choose party over belief in ethical behavior is often mocked by those in the GOP party hierarchy in the 2nd District like Dennis Free and Mike Arlinsky.

They even use the idea of impeachment into scaring Republican voters who have been calling since the scandal, for Taylor to step aside and let someone else take over. What’s weak about the impeachment argument, is that the United States Senate is bound to gain another five Republican seats. There are still not enough projected Democratic House seats to convict him. Democrats in swing districts would be committing political suicide by voting for impeachment.

This has led me that the only conservative and ethical candidate to support, is the one I did from the beginning of this year. That is Mary Jones. You can save your “Write-ins are meaningless” arguments for a time when we actually have an ethical, if not an ideologically pure nominee. Not only do I believe that Mary Jones is a conservative, in the mold of House conservative figures like Jim Jordan and Mark Meadows. I know she is a woman devoted to faith and family, not the interests of a certain Virginia Beach bank or DNC Establishment as the other two candidates are.

While Mary isn’t running an official write-in campaign or involved with this article in any way. I urge my fellow conservatives to join me in sending a message to both parties. A message that conservatives will not be demagogued into forfeiting their self-respect and vote to those unworthy of public office. Even if the write-in has no chance of winning. Either way, whoever wins in November, whether it’s Lauria or Taylor. 2020 will not be far away. That’s where the battle will begin to nominate a conservative as our Republican nominee.

Until then, God save the 2nd!