Skip to content
Home/Localities/Vote for Mike Maskell
Previous Next 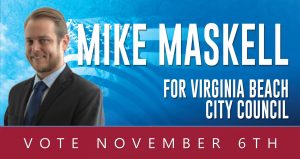 Jim Wood has got to go!

Mike Maskell is the only candidate with even half a chance to beat him. Wood has been in office for 16 years and the Sessoms – TowneBank machine is DESPERATE to keep him.

The spreadsheet shows top Wood donors in 2018 along with their total contributions through the years. Alongside are their contributions to Sessoms. See a correlation? 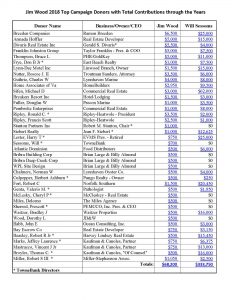 Wood recently voted to appoint Taylor Franklin of the Franklin Johnston Group (which shares office space with Bruce Thompson) to the Development Authority…you know, right alongside his vote to re-appoint his own mother, Dorothy Wood as Chair. Wood has never disclosed the personal or financial relationship he shares with his mother. Unbelievable!

Wood has engaged in business with Bribra…whose principals, Brian Large and Billy Almond have received innumerable subcontracts with the City for SGA and ITA Masterplans, all of the Bruce Thompson public-private partnerships, BRAC real estate transactions and much more.

In 2017, Wood and his mother together obtained a $5.6 million line of credit with TowneBank. Weeks later, Wood voted for another $6.5 million in GAP financing for Bruce Thompson’s Cavalier project, well-known to be financed by TowneBank, failing to disclose his multi-million dollar line of credit.

Finally, this past year, Jim Wood was the Council liaison on the Pier project. His name appears in multiple e-mails recovered through FOIA prior to the Pier bid solicitation even being advertised to the public. According to a letter recently issued by the Commonwealth’s Attorney in response to a complaint from the high bidder, the Pier solicitation is under investigation by the FBI and the Virginia State Police. What is Wood’s involvement?

Law enforcement cannot rescue us. We must take control of the situation and vote Wood out. The only way to break the link in the iron chain of corruption which enslaves us is to stay focused on the objective, and not allow decoys, vote-splitters, and partisan handlers to keep us in chains. Vote for Mike Maskell. 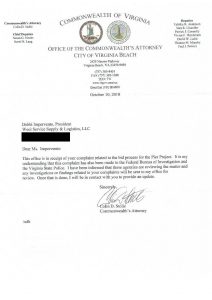