Skip to content
Home/National/Taking Back The Burbs
Previous Next

Taking Back The Burbs 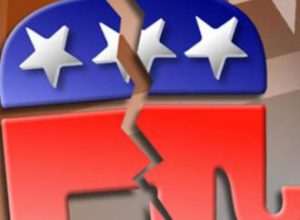 The time for talk and feuding is over.

In the midterm elections, some races still being counted. The Republican Party while winning in rural areas, lost the suburbs. What used to be reliable territory, flipped to the Democratic party. Two factors behind this upset were.

Democrats ran moderate and toned down candidates in these and several swing districts.

The two biggest factors though, was that the Republican leadership consistently screws up. When it comes to using the very power voters give them, they will stall and push things that nobody asked for.

They have failed to deliver on key pieces of the agenda, including…

A full repeal and replace of Obamacare.

The things the leadership seems to love pushing through?

More guest workers to be exploited.

Cutting social security and Medicare that seniors paid for.

Putting censors and cameras, not a wall on the border.

If that’s not bad enough? They’re even getting behind a criminal justice reform initiative that will let “non-violent”
drug dealers back on the streets, in the middle of an opioid epidemic.

No wonder only 49 million of Trumps 62 million voters got out and voted on election day for the GOP. It’s not because they’ve abandoned Trump, though he should never take this for granted. It’s because the country club GOP Establishment has refused to pass the key items of his campaign. Can we really blame them for staying home or voting Democrat to spite the Republican Party that has given them nothing more than a nice tax cut, but can’t free them of Obamacare’s remaining burdens and secure the borders of this country? Do you think they want to vote for a Party that blames a trust fund for deficits, while last springs spending bill sent billions overseas to develop third world nations? Do you think they can trust a Party to keep their streets and kids safe when they won’t even pass something as simple as Kate’s law and preserve mandatory minimums for drug dealers? The answers to all these rantings, but important questions is HELL NO!

If the GOP wants to win the suburbs again? The following has to happen and quick.

1. Fund and build the border wall during the
lame duck session.

8. Push legislation to return all federal education funds back to the states and parents.

9. Push Anti-Trust legislation breaking up of insurance, agriculture, and banking monopolies, that are keeping smaller competitors out of the marketplace.

10. End all corporate welfare and invest in secondary education, including trades and healthcare.

These aren’t liberal or conservative items. These aren’t fringe and scary subjects. These are basic solutions that most voters in America’s suburbs will respond to, if our congressional leaders, and yes our President pushes them daily.

The people in the suburbs aren’t as wealthy as many think. Many are only one generation separated from lower living standards. These people are looking for a message of ascendency, but don’t believe in full-blown socialism. They also don’t respond well to the idea of indifference to lower and middle-income people. They want to feel secure in a world where violence and urban decay, is something they fear creeping into their domain. They want a better education for their kids than what centralized federal schools offer their kids. They’re worried about healthcare when employers are dropping it and the exchange monopolies price gouge customers, leaving them with no other option than government-run Medicaid.

The time for talk and feuding is over. It’s time for Republicans, especially Kevin McCarthy and Mitch McConnell that we need more than tax cuts and judicial victories to convince America, that we’re better than the Democrat Party, which isn’t offering them much either.

If we don’t fight for these things in the minority and loudly in 2020, we will lose even bigger things than the House of Representatives. We will lose the White House. The time to be conceited with power, ended November 6th. Between now and the end of the lame duck session, we should push as many of these items as possible through both houses. Then continue pushing these policies through 2020 and beyond, so that we can earn back the stay at home Trump voters and then some to give the president a mandate reelection, not seen in more than two decades.