Skip to content
Home/National/Deep State Wars….And The Punishment Due
Previous Next

Deep State Wars….And The Punishment Due 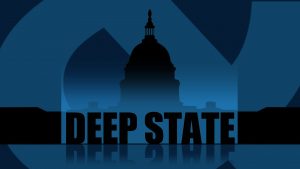 To defeat both Mueller and the Deep State, he must do as follows to reveal unravel 50 years of Deep State rule.

This week marks the 55th anniversary of the murder of President John F. Kennedy. Arguably the first casualty in what many including myself, believe to be a shadow war between “Secret Societies” and honest government we as Americans deserve. He even delivered an entire speech even known as the “Secret Society Speech” to the American Newspaper Publishers Association in April of 1961.

While most of the speech was aimed at a dishonest and reckless media, publishing classified information on national security (None of that goes on anymore, now does it?). Between the disturbingly ironic 9-11 minute mark, he describes this cabal. One integrated with all levels of government that seek to undermine our nation and constitution, not by a coup or aiding the invasion of a uniformed foreign army. Instead though through subversion. While Kennedy’s tone was that of a charmer, not a bomb-thrower like President Trump. The message was essentially the same.

To borrow a phrase coined by the great Michael Savage, he was the first to warn of a government-media industrial complex. One dependent on war, tension, and deception to survive and profit. Two and half years later, he would be murdered on the streets of Texas. Presumably by a Marxist former Marine named Lee Harvey Oswald. A guy that barely qualified with a rifle in the Marine Corps. Whoever killed him and for whatever motive, and there were many parties with an overlapping interest to kill him. While most theories and motives all tend to lead back to LBJ and his Defense industry/Mafia associates. We will probably never know. That is unless this president, decides that the time to shatter 55 years of fear and secrecy is now. Especially since the American people war with the Deep State, has gone from cold to hot.

Below are several actions that Trump must do to secure something even greater than re-election. Justice for our late President Kennedy and finishing his mission to destroy the Deep State that seeks to continue and profit from endless no-win wars and push us toward one world government. Even it leads to the multiple resignations and complete collapse in the last bit of faith, citizens have in their government.

The time for truth has never been desired more by the people. The main adversary to Trump and is former FBI director and current Special Counsel Robert Mueller. One of the most underrated corrupt government officials in modern history. A man who killed 9/11 investigations and failed to arrest the Boston marathon bombers, despite repeated warnings from Russian FSB agents. He is the one man giving Deep State forces hope to put out a peaceful revolution.

To defeat both Mueller and the Deep State, he must do as follows to reveal unravel 50 years of Deep State rule.

Declassify every document related to the Kennedy assassination and order prosecutions for any remaining conspirators. This may seem moot, with many dead or near it. However, it will be needed to mentally prepare the country for the next steps in defeating Deep State.

Order Mark Whitacre to block further funding of the Russia probe. It is within his authority to do this as Attorney General. It will effectively stall the process.

Declassify the 28 Saudi pages concerning and all other documents related to 9/11 and Boston bombings, especially those related to Robert Mueller and his decision to kill an investigation into a U.S. based Saudi Prince, who housed the 9/11conspirators.

Order a new investigation into the handling of these investigations by Muellers FBI and release it, completely declassified.

He must pardon every individual under investigation, indictment, or convicted in the Russia probe.

He must then begin to fire all Clinton, Obama, and in some cases Bush-era administration officials possible, even if they cannot be immediately replaced.

With an incoming Democratic House in January, hungry for Whitacre’s head. There is very little time to act, but it is necessary if it means this country can be saved and begin a process of restoring trust in a government based on constitutional law and honorable to God. This is President Trump’s golden opportunity to restore and gain more faith as a leader, from those who still doubt him as he enters an uncertain two years of his first term. To defeat the Deep State alone, if he does nothing else with his presidency, will cement his place in history as the most critical President since George Washington.