This Base Is Not For Sale 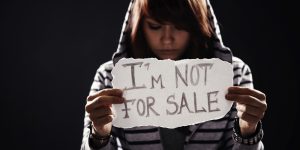 Any conservative that runs in this state, must realize, that once they buy the licensing rights to run as a Republican.
They and their base, are effectively on their own.

With a little less than a year between now and the statehouse races, the defeat of Corey Stewart has only empowered their resolve to defeat the Trump wing. This includes the Stewart, Jackson, and even some Frietas supporters. Those they cannot buy with money or rewards, only with kept promises will always be their enemy. It’s a strong word “enemy”, but to merely call them an opponent, gives them the respect they have not earned.

That is not to say that mistakes have not been made by those of us in the base and yes by our nominee. We picked fights with those we should reach out to. We responded to attacks from those, whose provocation should have been ignored. Our nominee missed many opportunities but also ran against great odds. His and even our biggest mistake as supporters still continues to be the expectation, that the RPV is an ally, not an enemy.

What will it take, before you realize they are not your friend. Like all modern parties, they are financial rackets that anyone wanting a chance to be elected, must use to get ballot access. The fees, signatures, and other upfront costs are just to get Republican licensing rights. Kind of like buying a KFC franchise. The same is true of the state Democrat party, except they are unified in the defeat of whomever the RPV nominee. Our party, on the other hand, couldn’t unite against pineapple on pizza. I admit that I engaged in some of this petty fighting. The problem in both the Freitas and Stewart camps is still one of distrust and pointing the finger at another, for the others lack of enthusiasm of the other’s candidate.

This only paved a clearer path to victory for Tim Kaine. The rubbing in continues to this day, further alienating both camps from any peace deal. Party figures, including the washed-up Ex-Delegate David Ramadam have gone from confrontational to outright foul, towards their fellow Republicans. Including reckless uses of the label “Xenophobe” and “White supremacist”. They attack anyone who dares utter concerns about illegal immigration, foreign gangs, and trade policy, that offends the Chamber of Commerce. As I wrote earlier, Stewart may not have been the perfect messenger or crafted the message so that he could win. Yet he never received anything more, than token support from Jack Wilson and company, let alone from John Whitbeck. The D.B. Cooper of the RPV. The rationale behind this was that congressional races needed the money more. Well, look how well that worked out. Representatives Brat, Comstock, and Taylor all lost their races. Should this not tell us, that running statewide as a Republican in Virginia is nothing more than a waste of time, money, and sanity?

Any conservative that runs in this state, must realize, that once they buy the licensing rights to run as a Republican.
They and their base, are effectively on their own. Jack Wilson may under pressure come to you and voice token support, just as Colonel Sanders would a franchise owner, going in the red. Make no mistake though, he’ll cut you if you aren’t delivering for his interests. Ones that run counter to those of the voters.

All candidates must build a financial and grassroots base. Do what you have to, to get on the ballot. Forget about the RPV. You owe nothing to those, that you never asked from. For the base, we must stop donating to the party and PAC’s not directly connected to candidates. We must only donate to individual candidates. This is the only way, we the people will retake power and send the ultimate message to the party.  This base is not for sale.