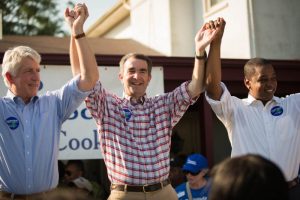 What should offend us even more though, is not just his endorsement of murdering a living breathing child. It’s the fact our media is engaging in a cover-up.

For nearly two weeks, the biggest story in Virginia hasn’t been the revelations of unexpected Medicaid Expansion costs, corporate welfare for Amazon, or the Governor of Virginia supporting infanticide. It has been this non-stop obsession with recent revelations, that both Governor Ralph Northam and Attorney General Mark Herring engaged in blackface as college students. 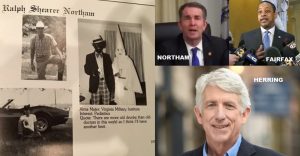 To add to the madness, Lt. Governor Justin Fairfax now faces multiple sexual harassment and assault accusations. These personal and potential criminal filings have paved the way for the media to whitewash (no pun intended), the even greater and more disturbing rhetoric and consequences of their Euro-Socialist style policies.

Blackface offends and hurts people’s feelings. Sexual assault accusations are still accusations until they have been proven. Though if true, are unforgivable. What has been proven though, is that expanding Medicaid is costing this state another half a billion dollars more than predicted. What has been proven, is that our Governor is willing to play a Liberal populist when running for Governor, but govern as another Corporate Socialist. Picking winners and losers at costs to the taxpayer. A 750 million dollar giveaway to multi-billion dollar Amazon, while Norfolk Southern (which employed 4,000 in Virginia) fled to low tax Georgia. This is proof of his cronyism and government expansion agenda.

What should offend us even more though, is not just his endorsement of murdering a living breathing child. It’s the fact our media is engaging in a cover-up. 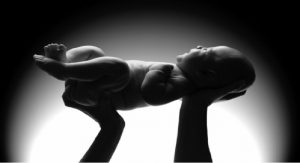 The media now knows it has a scandal to distract from the more life-threatening scandal, which is the Northam administration’s desire to push for legalization of infanticide. Talking about or humanizing fetuses, over time degrades the pro-abortion argument. It makes those nominally pro-choice, even more, restrictive in their view of the circumstances and timeline, for which it can be accessed.

These photos, while unleashing a needed chain reaction to prove Northam as self-righteous phony on the issue of race, gave the media something else they love to talk about, racism (both real and imagined). There is nothing more the media loves, than talking race in a one-sided and militant manner. In their world, there are only two sides. You either blame minorities or white people for the problems in the world.

When in the real world, every racial group has it’s own subgroups, that all struggle with many common economic and identity issues. Most people in their life will always find more opposition and sabotage from people of their own race than they ever will from another. The media have decided to engage in this divisive campaign, to continue alienating Black, White, and Brown from each other. They used the photo as an out from talking about real things affecting the black community (yes, abortion).

Just look at where Planned Parenthood sets up shop. They have used this photo to propagate meaningless debates and insulting the intelligence of viewers. They saw a golden opportunity to talk about race, because with Trump’s rising approval numbers in the minority communities. Their socialist and anti-aspirational agenda is now being dealt blows by the best economy in 50 years.

That’s why today, Governor Northam, Lt.Governor Fairfax, and Attorney General Herring should call on both houses, to establish new elections for their respective offices, to coincide with the statehouse elections this fall. The crisis of confidence in any of them leading this Commonwealth has plummeted with both Republicans and Democrats. Virginia deserves better than to continually have her name dragged through the mud like it’s a National Lampoon’s article.

The time for a public referendum and transition back to order is what’s needed to return our state back to fiscal and social stability.