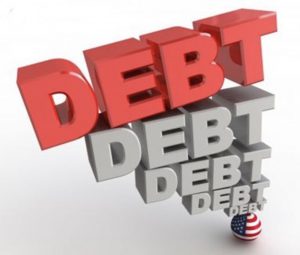 Do you want $12.6 million monthly paid by VBGOV for Debt service? That’s $152 million that was paid for Debt Service in 2018. VBGOV is addicted to Debt. What do the $55 million replacement City Hall and $68 million Sportsplex and $150 million Dome Site/ Entertainment development have in common?

They all require Virginia Beach DEBT.

Debt Service payments are going up so there’s little money in the City budget for fixing Pay Compression or Stormwater issues. Virginia Beach is fiscally constrained with $2.2 Billion budget since  $152 million is going to paying Debt service.

The City Council just voted to increase Debt $35 million for Stormwater. We are almost at the 10 percent Debt limit and the City plans to issue more Debt. Citizens should get to vote on Debt because the City Charter says voters should have the question asked for amounts of 10 million or more. But VBGOV pushes Debt thru the VB Development Authority.

Look at the numbers: Taxpayers have paid 1.44 Billion in Debt Service in ten years. 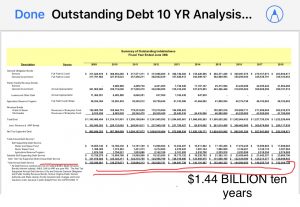 And the City Council through the City Manager continues to put forth a budget with more spending wants/ 2 percent Tax increases. When will VBGOV live within the high taxes they already collect?

Tell them at Citycouncil@vbgov.com your feelings about debt and Tax increases.  Or individual emails to: