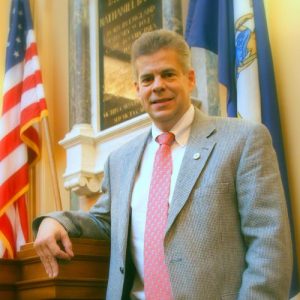 Republicans, enough cheerleading for House Speaker Kirk Cox. He’s not the leader Virginia needs, let alone Conservatives. Would his agenda be as Left-wing, like the current three stooges running Richmond? No, but apart from gun rights and abortion, he is a big government expansionist. There hasn’t been one big government expansion or corporate socialist, that as Speaker, he hasn’t supported.

Medicaid Expansion adds 400,000 Virginians to an overwhelmed and understaffed Virginia healthcare system. A system that is already being forced to hire more outside care management, to ration care. A job that is now going to put even more pressure on them, to deny previously delivered services to needy families and children. Even with this Medicaid expansion, the nearly 1 billion dollars more in unforeseen costs won’t even scratch the surface.

As Speaker, instead of embracing the conservative principles of entrepreneurship and crafting a low tax/regulation environment. Speaker Cox has embraced Corporate welfare for mega-billion dollar company Amazon. Around 750 million dollars, that could have been used to fund the financial shortfall of Medicaid expansion. Does the government pick winners and losers, ring of a free marketeer? No, but it does wreak like the swamp of the Chickahominy, that surrounds the Capitol city.

If the political issues aren’t bad enough, then just look at how he attained power. Literally from a hat. As if two Blackface performers and an accused rapist aren’t bad enough, we have a Speaker that won his power, tantamount to a political version of bingo. His rise to the Governor’s office would be one, that is over as soon as he takes the oath. He would be the Gerald Ford of Virginia. Someone, everyone would cheer for, but turn on immediately. The calls for him to step down to the nearest Democrat in succession would be daily. A man who is not elected to office, but obtains by default, can never truly governor gain the confidence of the people. Thus it would not end this political crisis but create another.

This is why new statewide elections must occur this November, if not earlier. The line of succession can only be truly respected if it is used in an emergency, not a personal scandal. Let’s give the people of Virginia, a right to start over. This is a situation that calls for a drastic response, just as the 2003 recall in California. It’s time this state shows we are better. We can still be the state that is regarded for Statesmanship, even when those in power must step aside to preserve the honor of our states historic reputation in setting the national dialogue. We cannot do it with the current team in Richmond. Yes, that includes Speaker Cox as well.