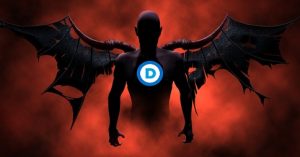 The Anti-capitalist and Anti-God agenda has long been a cornerstone of the Modern Left.

We often wonder why in the West, so many of our Left-Wing politicians seem to be determined to destroy every social and economic institution and system, that has enabled our staying power as a civilization. Institutions like the Church and Synagogue. Systems like the free market and capitalism. The Church and Synagogue where individuals learned their morals, that would shape their standards not just as individuals, but as merchants and workers, in the manner they would treat the public and their customers.

This cohabitation of both a moral and economic order, allowed more poor men to become rich on the merits of hard work, while also making many arrogant wealthy aristocratic men poor for their neglect and disregard for merit and hard work. This system, in every case, allowed them to rise to positions of trust and power. Yet they call it oppressive, sexist, and racist. Then again, for those with even a nominal knowledge of the Bible. You would know, these are not the first to rebel for frivolous and nefarious reasons against their creator.

One only has to look to the story of Lucifer. One of God’s most favored and beautiful angels. Yet this was not good enough for the Archangel. His desire was to be God, not godly. Even if meant, going down the warpath with his creator, that endowed him with such a high place in heaven. For this, God evicted him and one-third of his own rebellious angels from heaven, to roam the Earth. To compare both Lucifer and these modern-day Robespierre’s, Alexandria Ocasio Cortez, Elizabeth Warren, and Britain’s Labour party leader Jeremy Corbyn isn’t merely a right-wing diatribe.

The Anti-capitalist and Anti-God agenda has long been a cornerstone of the Modern Left. The organization manual “Rules for Radicals” by Leftist Saul Alinsky is dedicated to the “original radical”, as Alinsky put it, in the odd and disturbing forward to a rather satanic book. One full of lectures on shaking both public and private institutions down, for political and financial gain, under the guise of empowering the poor and downtrodden.

Just like the one-third of angels cast down with Lucifer, there are many voters willing to sell their soul for another’s downfall. The unholy gospel of envy. Where both state and mob enforce a redistributionist agenda by force, is always one election away. It’s one that’s the ultimate goal isn’t fairness or economic equality. It is one to invade and corrupt the hearts of have-nots. To push God out and the government in. The left’s mission is and always has been to replace God in the public eye, where they have not already.

They are bitter inside, at the fact, their rule like Lucifer’s is limited in its time, power, and scope. Especially for mere mortals, who know deep inside, that their reign of power will not be looked at with favor, in the annals of history. Just as the final battle between Lucifer and his creator, will end in not only his defeat but the defeat of those who push his agenda, by so many other names, like democratic socialism. Until this final clash, we must be the archangels of the West, defending and casting out at the ballot booth, all those who would instill this hellish mob rule on the United States and every nation west of Constantinople.