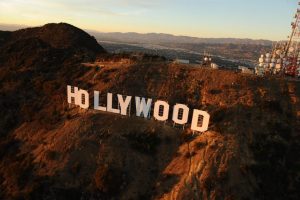 “Southern California will see one more day Dreamland, and business is booming. The birds are a singing, as I drift away”

It seems that with every Republican President, there is a mass wave of activism from the loudmouth Left in Hollywood. Usually around one specific issue. With Nixon, it was Vietnam. The Reagan and Bush 41 policies, concerning our not so covert involvement in Latin America. Bush 43 with his justified and initially successful War in Iraq, that would later fall apart in his second term. In the era of Trump though, #MeToo militancy is the mother of all causes. With national security and economic victories, what other issues could be used against Trump? A notorious and insensitive playboy, that boasts of the women who’d let him get handsy.

The problem though isn’t in Trump’s comments, it is their moral grandstanding by these self-proclaimed feminists that willingly engaged in or knew of the Weinsteins of this world. The very toxic male culture they accuse Trump of representing, they built a city on. For decades, racism, sexism, and trafficking in plain sight have been the norm. In various films and television shows, these casting couch experiences and hints of darker agendas, have been nodded to in films for many years. An early example is the character of studio head Waltz in “The Godfather”. Though brief, the image of a young (albeit dressed) girl be seemingly coached, by a stage mother figure in the doorway of his bedroom, was clearly Francis Ford Coppola’s way of thumbing at the pedophile studio heads of the Golden age. Unfortunately, some things still haven’t changed, and in many ways, these so-called feminist crusaders don’t want them to.

In so many ways, these women and their virtue signaling male counterparts continue to produce movies, especially “comedies” that are the antithesis of the self-proclaimed ideals of #MeToo. Films like “How to be single”, that attempt to promote barroom pickups and drunken promiscuity as funny and hip. When in real life, it too often leads to a headline at worst. A broken heart and loss of self-respect, if you’re lucky. The days when this behavior, was portrayed for the self-destructive and deadly lifestyle it is, has now become patriarchal in the Cultural Left’s eye. The Left and especially the #MeToo Mafia have no problem with women being sexualized, rather than romanticized in the days of the Hays production codes. They merely want to be the ones calling the shots. The producers who were once pimps have now been overthrown by their working girls, that are arguably even more cunning and morally dead inside.

They have become the “patriarchy”, they so claim to detest. Like all those who become what they claimed to hate, they needed someone to deflect their greed and hypocrisy. Who better than Donald Trump? Hollywood turned the other cheek and even laughed at the idea of Bill Clinton having an inappropriate and manipulative relationship, with an unstable young woman. They treated him as if he was no different than Hef or Mick Jagger. These same people who laughed at and excused infidelity, then wrote checks for his wife’s Senate run, months later. Should that not tell you even more, about the character of who supports our political leaders financially?

The most notable attacks on Trump, aren’t at his most likely true marital indiscretions, with Stormy Daniels and other assorted women. They are often at his supporters. Those deplorable, gun toting, truck driving, meat eating, and mostly White Christians that voted for him. The ones who shook their head at Bill Clinton. Except where these soulless Madams and their emasculated Yes men fail, is that nobody has excused nor condemned Trump for his known and alleged behavior. In fact, most of us knew what Donald Trump was and is when we voted for him. We knew he was a loud mouth. We knew he was a playboy and unfaithful in his three marriages. A fact he never really tried to hide or deny, like so many other politicians still do.

The bottom line with Hollywood is that ever since the Cultural Left invaded movies, television, and music. While the state of Hollywood has always been most foul. It’s behind the scenes depravity, has now become mainstream and is ten times what it ever was before. At least in the Golden age, for all it’s corruption. One wasn’t lectured and beat over the head, by stars about not being toxically male. Films didn’t promote self-abuse and sexual degradation, especially among women as liberating. Until that much-needed meteor drops from the heavens in the hills, we will continue to witness this entertainment version of the saint-whore complex that Hollywood operates within. Decrying sexism, while profiting from the sexualization of women.