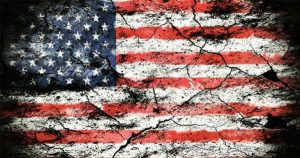 We, in both the Conservative movement and nation at large, face a crisis of identity and clear direction.

Even as we hold both the Senate and White House, the various factions in both combat each other. The Establishment Republicans, the small faction of Libertarians, and initially hostile but overall united coalition of Constitutional Conservatives/Trump populists. The latter being the core base of the Republican Party and the Conservative movement. The first represents the business establishment. The second, both business and the extreme libertines. The latter, the majority who want law, order, assimilation, traditional values, economic opportunity for the unconnected, and strong but pragmatic foreign policy.

A culture based on Judeo-Christian ethics. It rejects the Orwellian ideas, that drug abuse is individual freedom, that abortion is a personal choice, that failure to assimilate is a significant strength, and that a non-nuclear family is equal, if not better than one run by a married and committed mother and father. It embraces a lawful and orderly society that does not live in ignorance or indifference to social decay, by both legislative and bullies pulpit tactics. A sober, lawful, and strong nuclear family with a common language and viewpoint are at its cornerstone, to merge and sustain a country, especially one as multi-ethnic as America.

Without this, there can be no economic growth and overall social stability. Unlike the indifferent Business class and anarchist Libertines, National Conservatives realize society cannot be morally relative but must be morally clear and committed to one standard of behavior.

On economics, it embraces a capitalist program, but with a nationalist bent. It rejects both state and private monopolies, to incentivize innovation and the standard of living. Lower taxation, lower regulations, and the use of the tariff, only to those who do not play by the rules of fair trade between nations. It does not punish, not reward with favoritism to the business elites corporate welfare or special immigration privileges, to exploit foreign labor and undermine the American workers’ opportunity for employment. Instead, it puts the citizen’s interests first and last, when it comes to economic migration.

National Conservatives believe that markets are useless without policies that favor the home country and its citizens. A man or woman, who does not have economic opportunity, cannot sustain or begin strong families. That is why immigration and taxation policies must always be to their benefit, not the elites and connected. To not do this, invites not just social decay and potential pathways to self-medication and destruction. It also leads to an opportunity for leftist demagogues to exploit discontent.

On the national security front, both cultural and economic concerns merge with physical safety. Immigration, both legal and illegal is based on the individuals cultural symmetry and identifying nefarious ulterior motives, even at the sacrifice of economic symmetry. Security must start first on the homefront, with strict and high expectations, from those who wish to seek a life in a new land. Those who wish to bring old allegiances and ideas, that do not conform to the interests of a nation are rejected and removed. A hard physical land border, to stem the flow of illegal migrants and nefarious actors. It takes a zero tolerance and broken windows policy to law enforcement, both on immigration and everyday crime.

The foreign policy of a National Conservative is neither isolationist or interventionist. It is one that’s based on addressing the situation at hand, but with strength and decisiveness. It is not one that rules out unilateral military action but does not seek to unrealistically spread democracy. Instead, the National Conservative seek only to push what is in his/her country’s best interest, whether intervening diplomatically or militarily. They do not believe in turning a blind eye to atrocity or rule out the first strike, nor do they seek to intervene in every ethnic squabble. They assess the cost and gains from American military involvement. They’re main goals in warfare, are to invade, defeat the enemy, and then leave, not to nation build or stay indefinitely.

These three core tenets are not out of the mainstream. They are ideals common, even amongst those, who themselves don’t identify with any political label. Movements that consistently stand for family values, economic opportunity for the common man, and zero tolerance to those who would threaten both foreign and domestic security, always win.

Only when governments that are elected, but do not keep these promises fall. Every nation that has embraced National Conservatism, such as Israel’s Likud party, Hungary’s Fidesz, and Poland’s Law and Justice party, have reaped cultural, economic, and security benefits. Much of their programs are the ones being implemented and fought for by President Trump.

These policies have not been without resistance in the aforementioned countries, by both Brussels elites and Leftist demagogues. But the fact these three governments stand and in most cases gaining popularity shows that National Conservatism is not merely a pipedream ideology, but a real blueprint worth fighting for and being unashamed to declare oneself a believer in.