The Hijab That Rocks The Cradle 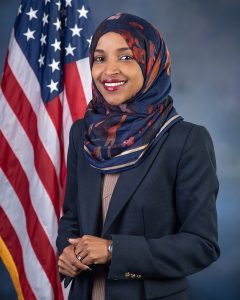 Today in America, you can be a Congresswoman, and still be an Anti-Semitic, Socialist, and openly sympathetic to radical Islamic groups like CAIR.

One thing you can’t be though, is a former prosecutor/judge and current TV star, asking legitimate questions about how someone could truly have an allegiance to this nation, under those circumstances. That’s the great, slippery slope dilemma that faces not just free speech, but the fight against the Islamification of this country. A plot, that like all others to subvert America, always comes from within the system.

Jeanine Pirro’s comments questioning whether Rep. Ihlan Omar’s (D-MN) hijab is a sign of her rejection of Western norms, was only partially correct. Where she’s wrong, is that Ihlan Omar has never accepted or conformed to Western ways. The hijab itself is not even Quranically mandated. It was introduced as a way to further control women in the strictest parts of the Muslim world. This doesn’t mean necessarily that Rep.Omar has always been the best behaved or most devout Muslim. She has been married and divorced. Even in Islam though, perfection isn’t always a prerequisite. All that matters is will you promote it and enforce its power over believer and non-believer.

Many will even pretend to not be devoutly religious, so as to appear “moderate”. This practice is described as Taqiya. A practice that allows Muslims to deny or spin their faith, so as to achieve the furtherance of the Islamic sharia agenda. Many of you on the right reading this, probably think I’m implying Rep.Omar’s behavior to be moderate. I’m not, but even the most vocal radical, must still have some deniability. The same way, Maxine Waters can imply that it was okay for L.A. to be burned during the 1992 riots, without explicitly saying go burn down Koreatown. In many ways, they’re one in the same psycho.

They both deflect with the usual counterattacks. It’s because they’re a minority, female, or you’re a Russian agent. The latter of which, many could have argued half the Democratic party leaders were in the 1980s, while Reagan was hammering the death nail in the communist coffin. The most damning fact that nobody brings up though in defense of Jeanine Pirro’s comments. Is that she herself knows of the Islamic world. Her parents were Maronite Catholics. Now a minority in their native Lebanon. Her opinions on Islam, are formed because of her family’s experience living next to its spectre. A spectre that would grow and fuel a series of wars in the once prosperous country. She unlike the average idiot preppy Murdoch kids, now being hired at Fox, knows what pushed her and many other Christians to flee and not coddle Islamists and their enablers. 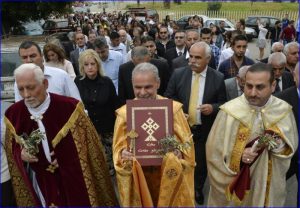 Now that Fox, the channel of Middle America is caving, should be an alarm going off. It’s not just something, a much-needed boycott of the channel will fix. This is much deeper than that. We need to start as Conservatives, must start voting out all politicians, who refuse to actively stand against Islam in the political realm. Don’t mistake me, I’m not against individual Muslims, but make no mistake. Islam is an ideology whose only endgame is a theocracy. Those who reject that should be treated as Martin Luther King’s of this fight. Those who reject reform must be treated as the co-conspirators they are in subverting this nation’s security.

If we don’t do this in a political and legal matter, then I fear that further vigilantism and unhinged action will result like it did in New Zealand. We can’t live in a country that’s civilized and neighborly, but expect both the modern West and zealotry East to peacefully meet without conflict. This is our generations Salman Rushdie moment, where we either fight for not just Jeanine Pirro’s right to speak the truth, but against a false and fascist theocratic ideology that wishes to overtake us as it has Europe. Our politicians and media moguls, must address with action and provide actual security to its citizenry. It must never cower to the feelings or designs of those who’d threaten that security.