Skip to content
Home/Localities/They Were Warned But Never Listened!
Previous Next

They Were Warned But Never Listened! 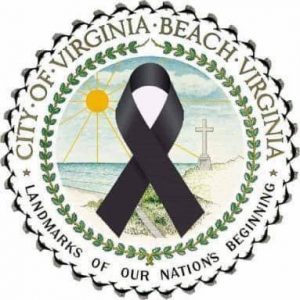 It’s time to give the schools enough money to provide armed security!

In fact, I stood in front of the council on 12 May 2015 and I’ll read from the city’s official minutes to reveal what I discussed, “He encouraged taking the funds for light rail and invest in hiring combat veterans to patrol ‘soft targets.’ He can sense the threat to our city. He suggested instead of buying rail cars, why not protect the City and add more security in protecting the citizens and the current infrastructure.”

I tried again to get Will Sessoms’ attention when I wrote to him on 21 July 2015, just over two months from the last of two speeches to the VBCC that Spring and just under four years from today. Yes, of course, I sent the letter Return Receipt Requested. Read the full letter here: Jihad Sessoms reg ltr

“The Mayor and city council now “own” the security issues facing this city, … but, you’re choosing to ignore the threat to our community. But, first and foremost, we demand that you take the steps necessary to protect the most vulnerable among us: our children. The choice is yours and that of the city council. I hope that you reconsider your decision to buy light rail cars instead of protecting our citizens.”

I wrote Mayor Sessoms again on 01 Oct 2015 when he did not display the common decency to admit his error and take corrective action. The final sentence of that letter reads as follows, “You and City Council MUST authorize heavily armed guards, especially at our schools.” Did I get a response to that letter? Absolutely not! Read the full letter here: Jihad Sessoms Reg Latr Oct 15

I decided to write VB City Councilman Jim Wood a registered letter on 29 Oct 2015 about his participation at the “Forum on Gun Policy at Landstown High School.” Quoting from that letter, “I can’t understand why the mayor and the city council don’t realize the tremendous liability that you are creating for the city and yourselves personally. Don’t you realize that there would be no place on Earth to hide if such an attack should take place after so many warnings have been given by respected authorities?” Read the full letter here: Woods guards in schools

It’s time to give the schools enough money to provide armed security!

Previously reported on the mass shooting in Virginia Beach: HERE

About the Author: John Kuchta

I came to VB slightly over 33 years ago to run a division of a national company as VP and GM. My wife and I raised four great kids in VB and all four attended VB schools. Twenty-one years ago, I started my own company and I went into semi-retirement at the end of last year. My main passion is to lend my voice to destroying what I call "The Cartel" here in VB. I only thought that the politics in south Louisiana were corrupt! The local politicians in VB put the Cajun crooks in the shade!