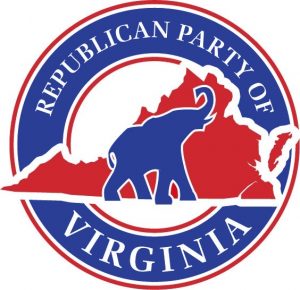 “Advanced Thoughts From The Weekend”

I write to you as one returned from the land of the banished, having recently been “resigned”, and then reinstated, by a vote of the SCC body, at the recent Advance. I’ve always wanted to say, “the rumors of my demise, have been greatly exaggerated “, but tell you now, was quite discouraged when I received an email of notification, without any chance to defend, or explain the events.

Quickly,  I will say, having been approached in 2015, to arrange and perform a song for the then endorsed candidate for Greene County Sheriff, I sang a jingle, that was used for his successful campaign. The song was re-used this cycle, and unthinking as we all are, in the midst of campaign season, of the many details of life, it did not occur to me, that he was not the endorsed candidate, this election cycle. This fact was made known to me, by professional hacks, who began to taunt on social media, that they had arranged my end, without encore!

Incredulous, when it actually happened, I wondered could it be that the song was so bad? as when originally recorded, it was a laughing joke, that no one will ever use this, because it was so corny.  As life conspires, it was used, and now destined to define my music! Having written songs that I am so proud of(“Charles City Rain, used in Charles City’s tourism initiative, here in “Franklin”, Blue Ridge Mountain Morning, “Cibolo”etc.,) it is poetic that the Sheriff Steve song has taken on a life, of its own! (Please don’t judge me until you’ve heard my good stuff!).

As I arrived at the Advance, a little down and discouraged, I was met at the front desk, by a distinguished older Gentlemen, that I did not recognize at first. When I introduced myself, he exclaimed,” Oh, you’re Mark Daniel, the man I’ve come to support!”, which shocked me so, I didn’t know how to respond, except to thank him, and a generous Lord Jesus, who sent this man to me to wake me up, and say, “stop feeling sorry for yourself! wake up and get back to fighting !”

Throughout the weekend, people greeted me, from across the State, with the same message. I was /am so humbled, to know that there are interested, principled, kindred spirits, who share my desire, to right our ship, and return our party to its rightful place, of leadership.

At The Advance, after hearing many good and talented speakers, I have drawn some conclusions, that I wish to share.

One after another, the speakers opened with the need to stop infighting, and the circular firing squad. This is self-evident, said at every meeting, as we then go back to business as usual,  forgetting it is the Democrats, who deserve our proactive efforts, not our own people.

Specifically onerous as I see things, is the ability of the chair, or anyone, to convene a closed meeting by telephone(or otherwise), then take unilateral action, without due process, transparency, or any obvious consequence for mischief. Having witnessed this happen twice this year, the SCC Executive Committee and the rules committee needs to address this immediately, or assume responsibility, for not doing so.

Next, I heard former chair John Whitbeck, speak on the need to rethink the structure, of our organization. Not being as eloquent or gifted a speaker as he, hoping he might allow, my simple layman’s explanation, I understood his comments as; “We need to consider creating/empowering a Chief Executive Officer, who is charged with accomplishing the goals and objectives, given by the membership, and SCC. “

I will expand this to say, a person who is incentivized by success, and charged with the responsibility, of Fund Raising, Outreach to existing and development of new Candidates, communicating the principles set forth in our Creed, and winning, not just participating, in elections. When these goals are not met or exceeded, the remedy must be like real life, as we find someone else, who will!  (I had heard this before, from several people, including my friend Nancy Smith).

Our current system of electing an unpaid Chair only appeals to those who could / would possibly consider the position to be rewarded in other ways. This is a fact, whether it offends us, or not. The first step, in getting better, is to recognize we are broken, and seek to succeed, and do better.

For anyone offended with this last paragraph, continuing to do the same thing, and expecting different results, has gotten us to where we are, and I say to you, simply madness.

We need to demand and expect, what we actually wish to accomplish. With this said, I challenge our leaders to begin this discussion today, and for those that would-be leaders to find their voices, your time is now.

Finally, witnessing (and agreeing with,) the awakening, of the

‘2nd Amendment movement”, I believe we are seeing the point, where the people have drawn a line in the sand, and prepare to resist, the overreach promised us, by a Governor and Democratic party gone intoxicated with anticipated power.

We as Republicans, need to step up, Stand with, and organize Virginians, who will not be marginalized, disenfranchised and robbed of our Constitutional right to have, hold,  keep and bear arms.

Additionally, and most importantly we need to continue to support, and re-elect our President, Trump!

So much more to say, and apologizing for writing so long, I close by thanking each of you, for the efforts and sacrifice you have made, on behalf of the Republican party, and hoping God continues to bless you, and your families, by allowing us to live in America, the greatest free country on earth!