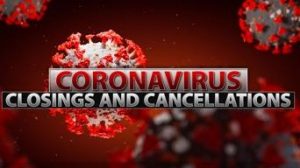 Threatening to consider sending the National Guard, to Virginian’s homes to confiscate legally purchased firearms. Forced closing of indoor shooting ranges, to protect citizens from themselves. Requiring our law enforcement heroes to monitor lawful Business, to threaten criminal charges should they not shutter their enterprises. Only favorites of the Government with “essential status”, allowed to operate, while closing the Colonial Parkway to the citizens and threatening” don’t make ME  (The Governor with newly acquired imperial powers), close down more if you (the citizens and owners) don’t behave”.

6  million-plus new filings for un-employment, numbers we haven’t seen, since the Great depression. Restaurant and supply industries grinding to a complete halt, people told to rely upon, wait upon, and apply for a government program, to send them sustenance, through a red-tape nightmare of filing and waiting for the blessings of the Government. 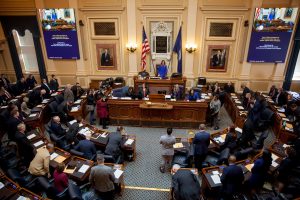 A legislature, under whose leadership, the citizens see their taxes being raised in every facet of their lives. No thought of postponement of punishing regulation, as the State’s economy is shut down. The Government manipulation of a lawfully planned primary election.

This is not a description of Orwelion life or the state of affairs in Italy under “El Duce’”,  but the results of policies of This Governor of Virginia, that have the effect of creating fear, and unnecessary intrusion into the everyday lives of Virginians, and the very freedoms we so cherish.

I do not, nor do I  know of anyone that would advocate things that would threaten the safety of others, but it is becoming increasingly clear that some would use this time of uncertainty, to potentially further their own goals and interest.

This is easily seen by reports of those, advocating banning constitutionally protected 2nd amendment activity.  To announce in March, a ban and virtual shutdown of our culture, more than 70 days in advance, is more proof of the same. Why is this necessary? rather than warn it COULD be necessary to continue this for such a time while instituting a policy of redressing and re-evaluation, every 15 days, as conditions dictate?

And where are our leaders to oppose this? It is time for people to find their voices, and stand up and lawfully oppose the erosion of our rights, and freedoms as citizens of this State and nation. Not doing so may cause conditions in our State, to deteriorate to a point that possibly exceeds any harm done by the Wuhan Flu.