Skip to content
Home/Localities/What’s The City Manager Up Too?!
Previous Next

What’s The City Manager Up Too?! 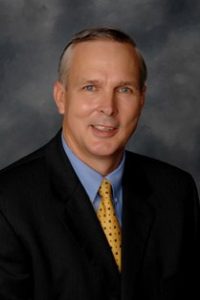 Below is an email exchange with Virginia Beach, VA  Councilman John Moss, The City Manager, and other Council Members.

Each will be heard on sep dates at the Convention to permit maximum attendance on two zonings issues significantly opposed by the community.

Unfortunately, the staff and Planning Commission’s majority were indifferent to the concerns raised by the neighborhoods.

I am provided all the foregoing to put the following in its proper context.

In reviewing early Saturday morning my Council packet for the Tuesday, July 28th meeting (delivered Friday evening) I noticed that under City Manager’s briefings during the informal session was a brief on the Westminister Canterbury and Thalia Wayside high-density zoning applications. Neither of which are the voting agenda for July 28th.

When I went to the actual briefing material is nothing more a repackaging of the respective developer’s proposal with no offsetting articulation of the opposition.

So why might you ask is the City Manager’s staff giving unequal time to brief the Council and public on a one-sided and unbalanced view? I do not know why which is why I sent the email below the dash line on Saturday to my peers on City Council and the City Manager.

In my email to them informed my peers that since the email was subject to FOIA I would be posting on Sunday. The public cannot weigh in on what they do not know is happening.

Sent from my iPhone

Why did you place West Minister and Thalia Wayside that are Planning items on City Manager Briefings?

Who will be giving said Briefings?

The briefing material is just a repackaging of the developer’s proposals. I did not see any of the opposition material being included. Is there a reason it is an unbalanced brief?

This comes across as sales pitch for the developer where the other side does not get equal time.

This is an example of the very issue I discussed with you last Wednesday evening.

I will raise a vigorous objection to what is a less than balanced presentation of these two developments. If we are going to indirectly give the developers advertising for their developments than the opposition being the neighborhoods deserve to have their views represented as well with equal quality of graphics and content.

This is not an approach that promotes unity or conveys neutrality by the staff.

Since this email is subject to FOIA on this coming Sunday I will be posting the basic content of this email on Facebook.

I requested some time ago additional analysis on the Thalia Wayside project from staff, and I have not seen it yet on shared parking.

Let me be clear, I take major exception to unbalanced briefing materials that undermine the public’s confidence on the neutrality of the staff and by our silence conveys City Council’s concurrence with an approach that at best is only the appearance of advocating for developers and at worst, well I leave that to your imagination.

Now, if we are had two briefings representing the developers’ proposals and that of the opposition of equal length, quality, and time that would be a different story. Sadly that is not the case.

We can do better than this. The voters, Council employers, expect more of us. This briefing should not happen. Whatever the motivation or perceived benefit that gave rise to the City Manager briefing, the political capital it wastes and the distrust of Council’s governance it promotes makes the presentation a major error of judgment.

I trust that upon reflection between now and Tuesday that this an error of judgment we avoided versus executed.

View the perception of the City Manager’s proposed briefing through the eyes of the voters and ask yourself as Council Members do you want to own that perception. I think not.

For my colleagues on the ballot in November, some of whom I have endorsed, sustain the integrity of the judgment behind your vote (yeah or nay) by not remaining silent on what will be seen as a lack of impartiality in our governance.

About the Author: John Moss