My Endorsements of Mike Schoelwer 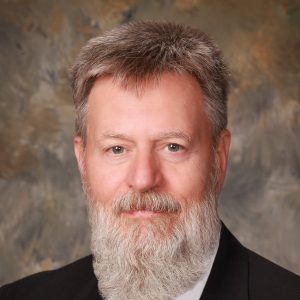 Mike not only proposed that we not accept the country club atmosphere of the SCC, complacent even today, with ensuring that nothing changes, but that we take action.

My friends, as I read the article by Bill Card, I am reminded of how much I admire him. As the chair of Prince William, he stood straight forward, in leadership and toughness. He never refused a question, a request for aid, or just a word of encouragement, when it was most needed. I too share his opinion of Rich Anderson, as I find myself telling others he ’s like a friend you’ve known forever, likable and capable.

Where we part, is in the approach of judging any of the three candidates, on their frustrations, in previous runs for elected office.  All have tried, and come up short, as we say, but the measure for me is not the races lost, but how each approaches the challenges that we face.

It can be no doubt, that having lost all the Statewide seats, the House, the Senate, etc., that anyone who proposes we do more of the same, has no concern, for us to win again.

Jack announced he would be king, without any mention of plans, strategy, etc., by virtue of his faction’s control of the SCC.

Rich was solicited by high ranking members of our Congressional Delegation, and it is easy to see why once you meet and speak with him.

At the 2019 Advance, Mike Schoelwer came up to me, and asked, how it was, that we accepted where we were, and challenged me to consider what the Republican Party could be.

On his own initiative, he proposed to run against the machine, that had come to define, what we know as the establishment today. He stood up and proposed to deal with the disorganization, the lack of training, and the sharing of information and resources at the unit chair level. He denounced the activity by the leadership, of promoting internal struggle, to divide and conquer units. He spoke of how the current Chair unfairly tried to intervene in individual races, resulting in the further polarization of the RPV, and how almost one-quarter of the House and Senate races, had no Republican candidate running.

Mike not only proposed that we not accept the country club atmosphere of the SCC, complacent even today, with ensuring that nothing changes, but that we take action.

Mike did not announce prior to any sharing of ideas or plans for change, that he would be the new leader, as did our current Chair. Mike was not anointed by established Leaders from Washington. No, Mike set out an agenda, with specifics, of how we begin winning again.

Mike’s Background as a retired Marine officer, and second career managing territories in conflict, uniquely qualifies him for dealing with a factionalized  RPV.

I would accept Rich Anderson, but see in Mike Schoelwer, the self-initiating and motivated  RPV Chair, even should heaven allow, both as a team of the chair and vice-chair.

What is not acceptable, is doing more of the same, and expecting different results.

Mike made such an impression at the last gathering of the three candidates, that people are beginning to write unsolicited letters of support, so he must be scoring points, to begin to receive the incoming fire from both other camps.

All I can say is, Fire it up, Mike! you’ve already upset the status quo, and have contributed to positive change, for conservatism, and the RPV!   I endorse Mike Schoelwer, for RPV chair.